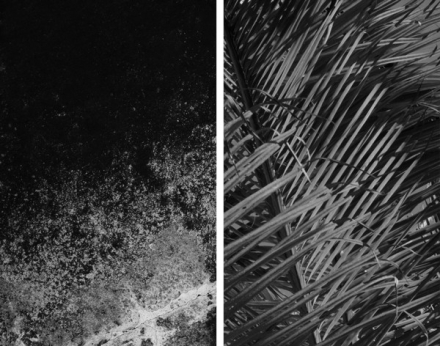 It’s probably because I just finished seeing Gravity for the second time, but that subtle synthesizer throb that starts this new COIN track, just before those mile-high drum hits come stomping in, makes me think of a slowly rotating planet. One in which you can see patches of clouds and continents rotating out of the cosmic body’s darkside, outlining the planet’s entire Western edge, as it repeats its own spin around its axis.

It’s what Opal Tapes is good at: releasing artists working within the confines of an enormous sound space in which suggestion plays as large of a role as presence. For every choice of instrumentation, listeners wonder where it came from, where it is going, and what else could have happened outside such minimalism, swelling beyond its own means in the small corner of the larger space for which it exists.

Listen to the first single, “Inside Palace”, from COIN’s upcoming Opal Tapes release of the same name, out in early December.