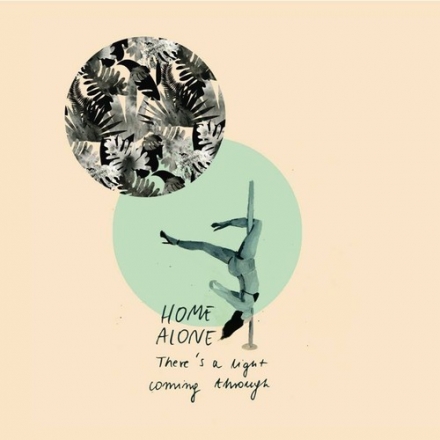 Even if you're only a casual observer of the blogosphere, to the degree that such a thing still exists in 2014, as in it probably doesn't, which means that you might be observing nothing but an empty space in the debths of the world wide web, an interesting idea if you think about it really, because it makes you wonder where said void might be located exactly, with the most plausible answer being a disconnected server somewhere in the middle of Kasakhstan, but anyway I'm getting off the subject here – if you still follow online music coverage, you might have noticed that  Brooklyn via Toronto label Orchid Tapes is truly on fire as of late, dropping not only one of our favourite releases of 2014 so far but also arrange's compelling new record only yesterday, plus that incredible compilation which is upcoming soon.

Next in line however is the new full-length by Toronto's Thomas Mazurkiewicz, who records under the name Home Alone, and we're happy to present the first single from There's a Light Coming Through. Built around wistfully weeping guitar chords that we'd have to call 'jangly' if they didn't sound so damn sad, "Interstates and Stuff" quickly develops into a classic lonesome slacker anthem. In this universe of solitary human beings, the days are long and filled with pain, but not without hope, perhaps: as long as we're able to sing "Come back to me", it's still worth waiting for the next sunrise to arrive.

There's a Light Coming Through is out March 15 via Orchid Tapes.