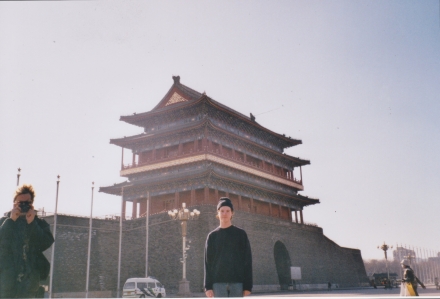 HOMESHAKE “Making A Fool of You”

Montreal-based musician Peter Sagar’s nominal motto of “all caps, all the time” gives the name of his solo project HOMESHAKE the look of an advertisement in a garden center. It feels like the capitalization is the actual name, and that the scramble of letters are just flavoring.

Why is this relevant? Because on “Making A Fool of You”, a track from HOMESHAKE’s upcoming In The Shower LP, presentation is everything. Like the capitalization that turned Homeshake into HOMESHAKE, “Making A Fool of You” has the affectation of force – a snappy drum ride and almost aggressively slick bass – but plays it off like it's just a bit of nothing special. As with anything that has to do with typefaces, the track's supposed suaveness is all a front for some sort of higher-order anguish.

HOMESHAKE is the subtle rush of a cool glass of water drunk on a day where all you wanted to do was drink a cool glass of water. On "Making A Fool of You", soothing, smooth jazz overtones are buttered with pillow talk moans of vocals that sound like they originate from the sore throat of someone who’s been crying, filtered through a moustache that could only be described as ‘righteous’. Sagar, an Edmonton transplant, names Canada’s icy landscapes as a source of inspiration for his music's chilled disposition. Indeed, "Making A Fool of You" feels like it could soundtrack a steep, dangerous descent into the bowels of a glacier made by two college-aged lovers on a weekend getaway. Aww.

In The Shower is out October 7 on Sinderlyn.