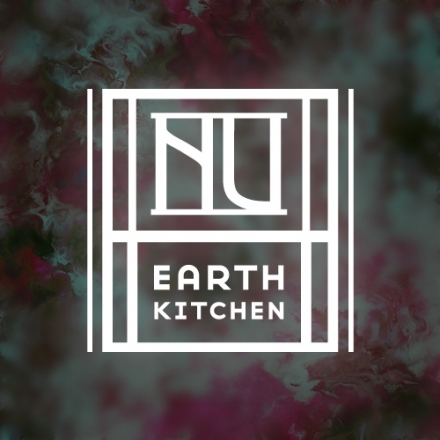 Split between Seattle and Los Angeles, Nuearth Kitchen appeals to a special type of joviality. Jeremy Grant and Cody Morrison combine their acutely complementary tastes to inform a discography that inspires harmless wildness, urban flare, and a well-rounded thirst for rhythm. As their seedling label Nuearth Conservatory prepares for blossoming, NEK is likewise gearing up for further ripening with the third solo release from Jon McMillion, polished off with remixes from Orson Wells and Fred P.

Submitting to the housey yet devoutly underground charms of NEK, I got in touch with Cody and Jeremy to try and understand where they are coming from a little better. Here's how it went.

You are forthright about being split between Seattle and Los Angeles. Were you guys ever in the same place?

Cody: Yes, when the label was started we were both in Seattle. Jeremy had a job opportunity in Los Angeles a couple years ago so we've been doing the long distance thing since. We can certainly make it work while living in separate cities, but we're both looking forward to running the label while living in the same city again.

Jeremy: Yes, we've lived within only a couple of miles of each other for most of the time we've known each other. We're both originally Seattle dudes. Living in Los Angeles has only been a thing of the past couple years, and we've been able to make things work quite fluidly since.

Do your respective locations, or a combination thereof, inform the label's aesthetic at all?

Cody: Great question. Sorry for being too broad or vague, but I feel like our aesthetic is informed by everything around us. So yes, I would say our locations do inform our aesthetic. We travel quite a bit as well, so our travels, and most importantly the experiences of the artists we feature, factor most prominently into our aesthetic.

Jeremy: There's a good amount of that to a certain extent, but both of us get exposed to a lot beyond the cities we live in, so most of the decisions we get to make are a culmination of more than that.

What more can you expose about the NEK style?

Cody: We're intrigued by interesting music and sound and the way that those can open themselves up to you differently depending on the environment where you're listening.

Jeremy: The whole gist is just to provide a versatile selection of upbeat and left-field dance music.

Funk and world music can be sensed in some of these releases. What are your earliest influences, and do they include George Clinton at all?

Cody: I was a product of the '70s, so my folks were really into groups like Crosby, Stills and Nash, Steely Dan, Santana, Black Sabbath, Traffic, JJ Cale, The Cars, Fleetwood Mac, The Doobie Brothers, etc...When I was old enough to start buying music on my own I got infatuated with what I was seeing on shows like Yo! MTV Raps, Headbangers Ball and 120 Minutes on MTV. I was raised in a very rural part of Washington State, so most of those sounds and that culture was brand new to me. I was hooked instantly. Buying Straight Out of Compton without a parental guardian at the local record store was a crowning achievement in my middle school years. Once I got deeper into hip hop, it was natural for me to explore where all the samples came from...and that's certainly where George Clinton, P-Funk, James Brown, and many other funky artists come in.

Jeremy: Not George Clinton specifically. There's no aim to go after a particular sound. It's more what cool sounds are being made by artists we respect and like working with end up being the foundation of the label catalog.

What contemporary labels and artists excite you?

Cody: There are so many labels and artists that excite me right now it's hard to answer that. I go through phases where I'll be infatuated with certain genres and listen to nothing but that. For dance music, I recently went through a big NYC house and techno kick and I've been really loving what Joey Anderson, Levon Vincent, DJ Qu, Jus-Ed, and Anthony Parasole continue to put out. Those cats are so consistent and they're great in the studio as producers or DJ'ing at the club, which isn't easy. This isn't a recent development but I really dig the stuff coming out of the Comeme label, especially people like Christian S, DJs Pareja, and Lena Williikens. Also really feeling the Mood Hut crew up in Vancouver lately as well. We also have a sister label to Nuearth Kitchen called Nuearth Conservatory that focuses on Balearic and New Age-ish type stuff. We've gotten some material from Tommy Awards that we're going to be putting out later this year that is stellar. Really excited about that one.

Glad you brought up Nuearth Conservatory. Can you tell me more about the imprint? Why do you guys feel that Balearic and ambient material needs to be released on a sibling label, in other words categorized differently?

Cody: We wanted both of the entities to be unique to each other and the type of music represented on each label. Even though there are certainly songs on Nuearth Kitchen that contain some ambient or at least non-dance music, I think it's nice for each label to have its own focus.

Jeremy: Nuearth Conservatory is simply another vehicle, one where the music vibrates at a different frequency. NEK has one message, and NEC, the other. They're both planets in the same universe, but I think it's much more effective to allow people to experience the differing music on different platforms, rather than putting it all in the same place.

Do you ever host NEK showcases?

Cody: We hosted a NEK showcase a few years ago, and I'm open to doing it again if the stars align. I am very active as a promoter here in Seattle and we've hosted many artists that have contributed to NEK over the years (DJ Sprinkles, Fred-P, Juju & Jordash, Jon McMillion) and we'll continue to do so, but we're long overdue for another proper label night.

Jeremy: We used to do things like this, but it's a lot more fun and interesting to be able to throw shows that aren't tied to any specific theme or musical end.

Cody: I haven't gone down the production rabbit hole yet, so I'm just continuing to play records with my friends. I'm opening for Joey Anderson and Oliver Hafenbauer while they're here in Seattle in April, so I'm excited about that.

Jeremy: I'm a graphic designer (I wouldn't say an artist), and with that world comes an immense amount of exploration and experimentation. I'm ingesting and creating stuff all the time. I collect music and DJ quite a bit, but not out in public anymore. I make a lot of mixtapes for all sorts of projects that end up being housed online, like the Origin Peoples project I do with my friend Shawn.

Cody: It's hard for me to say what the future looks like for us. We've never really discussed goals or big picture plans. As long as the releases are sustainable while still being interesting, I'm content. We both have day jobs, so the label is nice creative escape for us that we'd like to keep rolling for a while.

Jeremy: No particular agenda. A few more releases are coming out this summer on NEK's sister label Nuearth Conservatory, but after that we're just taking things as they come.