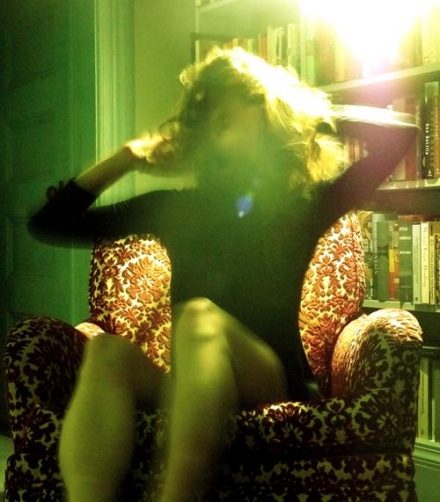 Björk's Medulla is an album to which we are still catching up. Back in 2004, voices, accapella sound effects, and beat-boxing all running through a sound board for minimal editing and of course capturing was a bold move. Katie Gately's production for Blue Tapes at once resembles Medulla's fragmentation of mouth-centric music. It is dark, restless, unpredictably glitchy, and mouthed; However, these traits are so dominant that there is room to ponder whether supremacy amounts to toppling, and that the ferociousness is one of dark aural hyperbole.

“Pipes” is a fourteen minute long bumpy ride which starts off dreaming, buoyant. But eventually the voice-based acid drums and their panning shake whatever stable grounds the more pure-sounding, premature part of the song is, or was, on. The swelling occurs again, and, like before, it is devoured and taken away, swallowed, done being chewed, to present us with a completely different and unforeseen, jarring design: the next bite. This surprise design differs per swell, categorizing the track as overall improvisationalistic.

Are these nuisances mimicries of indecisive human (social) behavior? Whatever interpretative niche they may take, there is doubtlessly a tone of anger in Gately's musical world, refracted by Gregorian chant. Such can be also gleaned from her highly recommended self-titled release on Public Information.