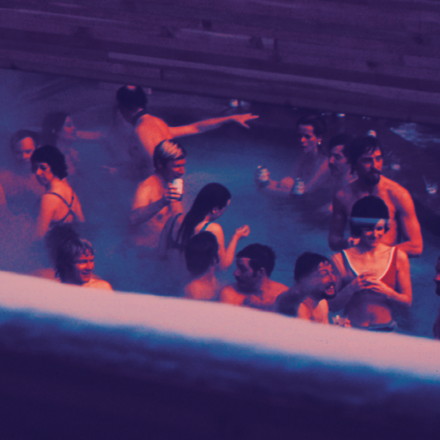 Paco Sala's wonderfully dense and sophisticated effort Ro-Me-Ro was one of last year's most remarkable debuts. This week, the project of Hackney's Anthony Harrison (otherwise known as Konntinent) and vocalist Leyli returns with another release on the ever-convincing Digitalis. The Fo, which is put out on cassette, is not to be considered a proper full-length, though its length of 43 minutes would certainly suffice for most works to be deemed as such; however, according to the label it rather is 'a sort of intermediary between last year’s debut LP and their next proper full-length, Put Your Hands On Me'. The tape continues Harrison's quest the perfect balance between delicate pop arrangements and hushed, restrained sonic experimentalism, landing in a sublime place between ambient introspection and more straightforward if foggy songwriting.

Edition of 75; already sold out at the label it should be available via Boomkat soon. In anticipation of the release, Harrison made us an exclusive, and rather excellent, mix, which you may listen to after the jump. First though, take a look at the actual tape and listen to "9" below: