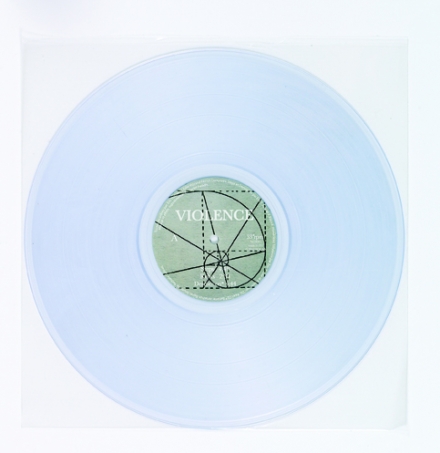 Montréal’s Visage Musique (home of NFOP favourites Brusque Twins) can seemingly do no wrong. Rarely do they add a new band to their roster, so it's a momentous occasion when they do. It’s thrilling to discover a new act as good and fully formed as Violence, and it should be no surprise that Visage did the unearthing.

Ottawa outfit Violence's (pronounced the French way) beautiful take on minimal synth music expertly leads you through a range of emotions. It’s equally appropriate for when being bombarded by snow as it is for sunny afternoons spent in the park. People will break up at the beginning of one song, then start making out at the chorus. That isn’t to say the band is confused about what they’re trying to do—this is a decidedly confident debut EP. These are masterfully arranged and intricate synth-pop songs that evoke goths dancing to Deux in a 1980’s Parisian basement, while simultaneously sounding utterly timeless.

Get the self-titled EP digitally on bandcamp or on clear 12" vinyl via Visage Musique. Edition of 150.