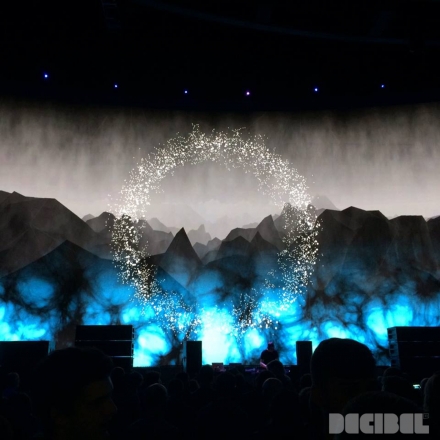 While studying Sadie Plant's brilliant Zeroes + Ones, I came across her interpretation of how net programming and social media are rearranging our uses for hierarchical structures. Plant establishes that hypertext is a non-linear, weaved form of footnoting. By surfing the net and following hyperlinks, one does not abandon a main text but instead is presented a macrocosmic idea and its backing details in a more spiraling way. Such easy-access cross-referencing has begun to lessen our thinking rectangularly, limited to the edges of the page.

Hypertext programs and the Net are webs of footnotes without central points, organizing principles, hierarchies.... Such complex patterns of cross-referencing have become increasingly possible, and also crucial to dealing with the floods of data which have burst the banks of traditional modes of arranging and retrieving information and are now leaking through the covers of articles and books, seeping past the boundaries of the old disciplines, overflowing all the classifications and orders of libraries, schools, and universities (Plant 10).

If hypertext is another form of narrational text and editing protocol, it is safe to say that telling the same story through a different lens, or sending the same information through a different grid, is indeed informative as well as expansive. Undoing the straight and narrow, single-strand perception as the standard doesn't only benefit our experiences as perceptual beings; it also speaks to the circularity and mysticism radiating off of the internet, which is being absorbed by this eager stage of cultural history.

This year's Seattle Decibel Festival incidentally offered such evolved and altered referential structure. The Experience Music Project (EMP), located at the Seattle Center, directly below, or next to, the Space Needle, served as the main ticketing and showcase hub. Arriving at the EMP and remembering the time I had been there before, I started recollecting the available exhibitions in the museum, contemplating how neat it is to have so much live, innovative, and passionate electronic music within the corridors of a museum incidentally focused on rock music.

The reason for emphasis on rock music and guitar worship is quite simply due to the non-profit museum's dedication to popular culture. Unanimously, guitars have played a huge role in shaping said culture. The museum also houses a notable sci-fi exhibit, in which we find reverent Dr. Who props and Sean Young's neo-gothic dress from her entrance as Rachel in Blade Runner. Since Star Wars, fantasy and sci-fi genres and styles have immersed themselves somewhat sustainably into the mainstream; but a larger part of sci-fi will always lie out on the outer limits, for it must have that element of unknown in order to generate dreams, or fantasy, of what will be.

Electronic music, gear tinkering, and the mystical futurism evoked by these hyper-creative soundscapes and oftentimes non-linear song structures, are the perfect links for tying together celebrating innovation in music and sci-fi mentality. In other words, housing dB primarily at the EMP makes complete and utter sense. The EMP acts as a central point of dB but without any feeling of singularity. As an added bonus, festival pass holders were granted access to the museum exhibitions during daytime hours.

While some found the fortress confusing and perpetuating of a fragmented feeling, perhaps due to our having to exit the building and walk around to a different entrance in order to access the other stage, such a requirement fascilitated getting some air, readjusting, running into friends, and glancing up at the shimmering, bulging fortress. The architecture of the museum, impressive and provocative, complements forward-thinking electronic aesthetic, which helps create a cohesive visual + audible experience that can override fragmented perception.

I was curious about how the dB team ended up wanting to use the museum has a main hub, so I got in touch with the EMP's Audience Development Programs Manager Michael Stephens, who offered the following statement:

The EMP and Decibel partnership aligned perfectly with the mission of EMP - EMP serves as a gateway museum, reaching multigenerational audiences through our collections, exhibitions, and educational programs, using interactive technologies to engage and empower our visitors. At EMP, artists, audiences and ideas converge, bringing understanding, interpretation, and scholarship to the popular culture of our time. Decibel fit perfectly within that and we look forward to a continued partnership with the festival and the community.

Something that is difficult about dB, and something that I've noticed festival regulars joking about, is dB's incongruent, overlapping schedule. There's loads of good stuff, showcases featuring personal favorites as well as artists that peak new interest, but no possible way to see everything. Schedule overlapping typically demands that we zoom around Capitol Hil and Bell Town venues via taxi, foot, or bus. It's as if a dB tradition, which is now upgraded. Having a main hub with several stages and superlative sound execution (I mean, really, one of the best I've ever experienced) ensures that festival-goers at least catch parts - yes, perhaps fragments - of acts that are playing at the same time, as one can simply swing around the building as opposed to wait for an Uber taxi and/or walk to the other venue. Again, this creates a more accommodating and correlational experience, although this year there were still plenty of performances at venues such as Re-Bar, The Crocodile, and the Triple Door, all still within a downtown reach.

[Strength] of connection derives from the partial overlapping of many different strands of connected-ness across cases rather than from any single strand running through large numbers of cases... (Plant 11).

Because it is a festival, and due to the overlapping nature of this specific one, the dB experience is already not very linear. All the showcases, happening more or less simultaneously, appeal to widely varying music lovers and philanthropists. I feel that, looking at the dB festival as such - like a wheel turning on top of other wheels, adorned with hyperlinks and gateways - reinforces its textuality and referentiality. Such conception also solidifies the festival as unique, and the EMP as a partnered main hub helps this festival's uniqueness become a strength, a multi-stranded, dense communal experience.

Altogether, dB this year had a welcoming, different, almost sleek feel to it. 'Sleek' maybe comes to mind just because of the texture of the outside of the EMP; nonetheless, I feel that the partnership between the dB team and the EMP was a very smart and graceful gesture toward both Seattle and dB communities. The action of primarily operating out of the EMP was a means of doing the same old thing but in a different way, hyperlinking events that are taking place simultaneously in the same building or at least, so to speak, just a click away.

In case you can't dig on my massive analogy, here's a linear and hierarchized list of personal highlights:

1. Kangding Ray
Gorgeous, wavering light show with driven, coherent dance beats: Kangding Ray was exceptional, and likewise a very welcomed taste of Berlin ambient techno that doesn't live under the banner of a specific club or crew. It's real artistry in the guise of minimal techno, reveling in the complex labor of blaring emotionality through restraining, gray machinery. David Letellier's latest album, Solens Arc, is highly recommended, and out on Raster-Noton.

2. Cherushii (played in town with Golden Donna festival week but unaffiliated with the festival. Speaking of overlapping...)
I went to see Cherushii at Seattle's small clothing shop and DIY concert space Cairo, and it blew my mind. I've seen Cherushii aka Chelsea Faith several times at this point, and I've even had the pleasure of playing alongside her at the NFOP event in August: this set blew my mind. It was focused, lush, full of new sounds, and demonstrative of Faith's unlimited talent. Looking forward to her forthcoming releases on 100% Silk.

3. Sassmouth
After some arsenide broke out at a Chicago regional airport, Sassmouth made it safely to Seattle's Re-Bar on Sunday night and her set blew pretty much everyone away. The stars were right. This glorious celebration wasn't just because it was the last night of the festival, or because the vibe in Re-Bar after Nordic Soul's set was completely radiant: it was because she authoritatively spun pure house at perfect tempo for hours. What more can I say?

4. Braids
Admittedly, it's taken me a while to fully get on the Braids bandwagon. After seeing them a second time and letting my mind grasp their style, I am completely enamored. Their performance was dense, beautiful, and spellbinding, and left the devoted audience speechless. They announced that they are "working very hard" on new material and played some of it. I can't wait to hear the new album when it is complete, or, better yet, at least see them live again.

5. Loscil
I've listened to Ghostly+Kranky icon Loscil for years and years, and thanks to this year's dB, I've finally experienced that world of ambient sound live. The visuals performed by were perfect, and the set quite simply spoke directly to my insatiable appetite for pad.

6. ASC
James Clements aka ASC's performance was a proud part of the Silent Season showcase. It was a calming, meandering, and slightly aberrational set. His latest Truth Be Told is undoubtedly one of my favorite albums of 2014, so why do I say abberational? The showcase was moved from its original assignment to the EMP Level 3, which is more of a dance space. Sitting on the floor, listening to ASC, and watching crystal clear images of the moon over northerly boreal landscapes hardly fit the Friday night festival head space. Nonetheless, I appreciate the mismatching mostly because it sparked contemplation over how to better experience ambient music, which rouses very private emotions, in a public space. Furthermore, I love paradox.