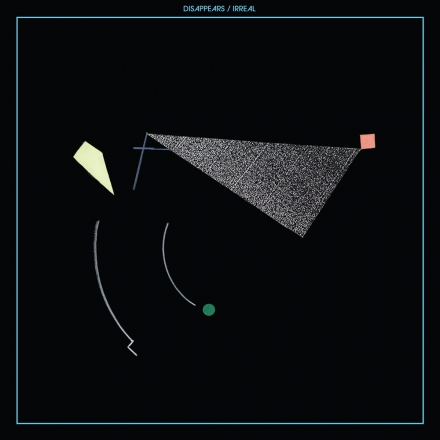 There are few labels that have successfully curated an artist roster that abridges the rather wide and sensitive gap between quality electronic music and rock. If we were to say that said gap has at all narrowed in the last ten years, we could quite naturally thank Kranky. Chicago's novel, "going nowhere slow" label exemplifies that the key to such strenuous effort isn't only through recognizing how avant-garde and ambient are genres more agreeable for those with guitar and drum ears; it also argues curation, how a consistent aesthetic and resilient, unwavering self-definition can win the hearts of others. Consistency creates feelings of safeness and trustfulness for just about anybody. For example, the Kranky website hasn't changed, ever, and that very quality has afforded some of us plans for long-term fandom. Kranky also somehow embodies the unqiue personality combination of solemnness plus funny. Above all, Kranky in its subtle ways advocates a genuine emphasis on sound itself, love of sound. It broadcasts that listening is an artform within musicianship, a talent bullied and overrun by proactive instrument playing. Can't a musician be a musician by his or her style of listening, sans guitar and/or synth collection?

Disappears' upcoming fifth Kranky release, Irreal, accents the inveterate label in a new way, and excavates big observations about Kranky as a whole. Though a rock band drawing strongly on psychedelic soundscapes and gospel spokenword, who have toured and collaborated with Steve Shelley, Disappears have tapped into a vein that travels from rock and indie toward electronic music and listening advocacy, without turning to synths and drum machines, or dance music. This feels executed mostly by Irreal's foregrounding of the drum kit, triggered, layered, and edited at a different if not later stage of making the record. By placing the effect-heavy drums prominently, as much so as vocals, we experience more of a pro-sound album, not overrun by rock motifs and traditional instrument assembly. Guitars are undoubtedly present, however working as if physically behind the drum kit. They assist in completing and stregnthening the, or any drum kit's nearly infinite range of frequency and particular type of solemness and thunderous emotionality. On Irreal, these traits are even more so unleashed, unlimited, and explosive, staring straight at you, in the face.

Having sung this praise, Irreal uncomfortably pageants a type of violence and begruded existential yearning. While screaming and heaviness aren't unusual for Disappears, the despondent key signatures are. Furthermore, lyrics like "I want to remember" repeatedly stated as relentless yet calculated instruments smash their way through to supremacy altogether discontent the listener, making she or he likewise itch and eventually grovel for solutions to rudimentary unfairnesses. Incomplete sentences and general unknowns also evoke this fury. There are interludes and windows of mild prettiness, such as the end of "Another Thought," where a washed-over, Sting-like crooning soothes the fire at hand; nonetheless, later tracks like "Mist Rites" and "Navigating the Void" leave no room for invigoration, positivity, or redemption, which seems to be so desired here, since the start of the album. As "Navigating" limps on, a very arid form of solace slides in before the guitar feedback subdues the drum levels and begins drowning the album.

What is the anger for? Is this a band singing ill-praise for the recognized superfluity of standard rock band set up? Is it more personal than political? The message is perhaps deliberately unclear.

Several aspects of Irreal remind me of later Wire, This Heat, and struggling-to-grow-up Sonic Youth, all of which are quite militant, droning, and somewhat clean. These bands are surely not only celebrated by Disappears, but also the whole of Kranky and most of their various artists. My critical question about this album has to do with label coherency, like what was being rambled about at the top of the review: how do violent sounds, song structure and refined post-rock presentation work so well next to a plethora of celebrated ambient artists? In other words, how can Kranky have abrasive pieces right next to neo-classical ones in their catalog? How is it that ambience and aggression work so well into each other, that death metal lifers make exceptions for electronica only when it comes to ambient? No matter the feasible answers, Kranky is certainly arriving at a more ethereal stage in their career where a paradox like the one between violence and tranquility can make sense and even be patched up, and Irreal is a vtial part of that arrival, not to mention a fascinating evolutionary step for Disappears.

Look into pre-ordering here. Album to be released January 19th.