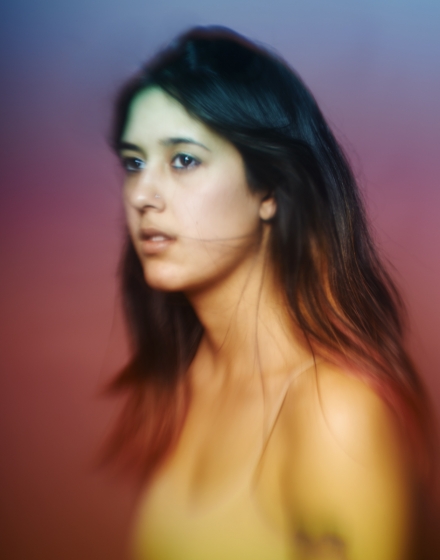 Operating in the startlingly coherent common ground between AlunaGeorge and Enya is Half Waif. Her album KOTEKAN seamlessly blends the soothing, pre-Raphaelite aesthetic of early-90s new age music with the slick, condensed sensibilities of contemporary ‘LDN’ electronica. KOTEKAN sounds like a collection of Celtic lullabies for millennials suckled on the output of labels like Warp and FatCat; 'contemporary classical' for those who are allergic to the term. An album that paints tarot cards on the backs of BOSS samplers and molds birthstones out of crushed subway tokens.

Half Waif is Nandi Rose Plunkett, a Brooklyn-based synthpop artist with a keen ear for the kind of contemporary classical music that a lot of her musical peers think they don’t have time for. Plunkett's vocals are the driving force behind KOTEKAN's disarming beauty, and they are simply awe-inspiring. On "Octave" Plunkett’s voice ululates around synthesizer swells that would make Toto weep before diving headlong into a wellspring of percussive lashes. Her voice soars to heights an albatross might envy on the arpeggio-gold rush of “Normandy”, a track that might successfully be described as 'Enya sings “The Colors of the Wind”'.

But my amazement with (and love of) KOTEKAN as a musical artifact stems from something that may be an illegitimate basis for praise: I am just amazed that no one thought of this before.

With the sheer volume of 90s revivalism that has pummeled us by way of artists paying explicit homage to Dinosaur Jr., Nirvana, Pavement, etc. etc. etc. etc. etc. (x forever). I’m surprised that as far as I know no one is really all that interested in adapting-for-hipster-consumption the friendly blends of contemporary classical and Celtic folk songs that seemed to be ubiquitous on pop radio in the years leading up to the release of Santana’s “Smooth”. Maybe it takes a special tool to dig through certain long-lost caves: in this case Plunkett’s substantial voice and ear for intriguing melodies make the likes of Enya, Annie Lennox, and later-day John Cale the perfect artists to have in her back pocket.

Or maybe we should ask ourselves: is there actually a single Nirvana song that’s as good as “Orinoco Flow?”

Half Waif is performing tonight, July 11, at Brooklyn’s Cameo Gallery.