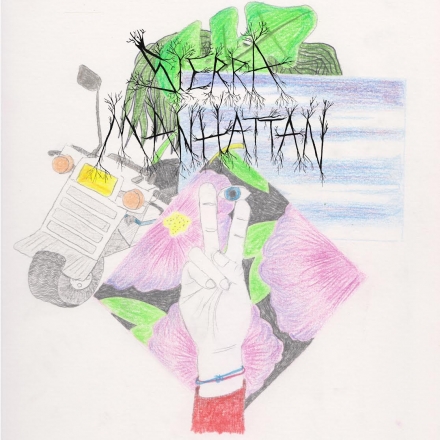 It started snowing yesterday and it hasn't really stopped since. Berlin might still be far from turning into a winter wonderland, yet by now summer is nothing but a faint memory. This, and in view of the anxieties and fears in Europe over the past week, it may be songs such as Lyon-based Sierra Manhattan's "Moonburned Girl" that we actually need right now. Everything about this tune not only sounds like summer, but like the summer of 2009 (which tried to sound like the summer of 1986). There is nothing spectacular here, not the slacking rhythm, not the jangly melody, not the sluggishly distorted vocals. But not spectacular is good, or at least comforting, evoking days that were less complicated, less insane, less messy. "Moonburned Girl" is not a song to die to. Now isn't that something?

Sierra Manhattan's self-titled cassette is out tomorrow on Atelier Ciseaux and AB Records. Get one of the 100 copies (or their unlimited digital equivalent) over here.