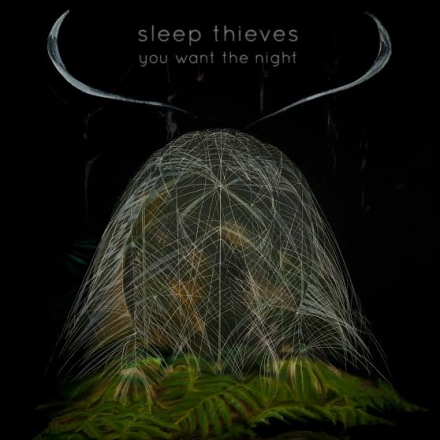 Sleep Thieves “You Want The Night”

You Want The Night is the first full-length album by the Irish synthpop outfit Sleep Thieves. Since their initial EP release in 2009, the band have taken their time to develop their style and identity. Their debut album confidently slinks in with sultry synthesizers on its opener "City of Hearts". Exploring the excitement and loneliness of living in a city, lead singer Sorcha Brennan gazes “I wanted not to be lonely but still alone” before its wistful chorus arrives. She commands focus as the album shifts between several moods, from the shadowy world of the title track to "Sparks", a song that could sit amongs a classic John Hughes soundtrack. The bewitching heart of the record is "Through A Sea". Opening with sparse synths, the song laments a lover who fled. After two ominous minutes it takes an unexpected turn as beats start to stutter in and steers it into full force dance-pop. The trio appear to have an experimental approach to songwriting that is simultaneously rooted in a love for melodies, like the unforgettable bassline of "French Kiss". For their first album, Sleep Thieves have crafted sensual and brooding electronic pop with lyrics that encapsulate the sprawling feelings of our inner worlds.