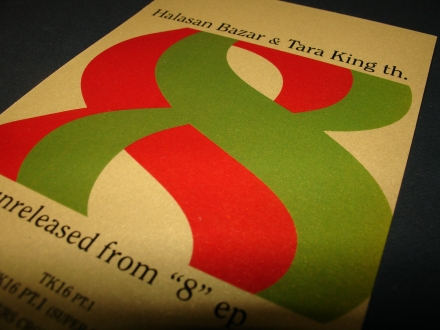 The collaborative project of Tara King th. (FR) and Halasan Bazar (DK, mostly) has been one of nostalgic exploration and vintage aestheticism. This year’s broodingly hallucinogenic 8, an album filled to the brim with luscious farfisa and space-echoed 60s pop nostalgia, placed the project in line with continental European neo-psych aesthetes Jacco Gardner and Forever Pavot. “Dreaming On”, a lost track from 8, fathoms and romanticizes the vast mythos of the American expanse – a theme of endless inspiration for any psych junkie. Patient, cinematic and tied together with the strings of a zither, “Dreaming On” is a (re-)imagining of the American century from the distance of the 21st century old world – an ode to and lamenting of the spirit and legend of “American culture / sound / lives.” Give it a listen below, alongside four more tracks of previously unreleased material and remixes from the 8 recordings.

The Unreleased from "8" E​​P is out now via Greek imprint Melotron Recordings. Get it via bandcamp.