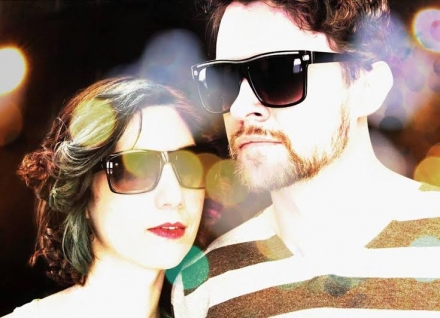 The Boy and Sister Alma are yet another female singer/male producer group we'd like to introduce you to. They take on new age, synthwave structures familiarized by CFCF, School of Seven Bells, Dungeonesse, and, at times, like in their debut EP's closing track “Brightly,” the Arcade Fire. The musical rather than the vocal side of their production is convincing and engaged, archetypal but unpredictable, and, above all, cozy.

What makes TB & SA unique apart from their cozy musicality is that they broadcast from Helena, Montana. While it is the capital city of our gorgeous state, it is rarely seen as a hub for music.

Locally known as Jennifer Murphy and Lenny Eckhardt, TB & SA surpass the external expectations of Montana's – especially Helena's – alternative culture. Featured song “It's You” glows heartsickness. It marches with a warm melody backed by cello and a pleading chorus which overrides the need for more than one verse: it is a humble masterpiece, haunting like the way living in Helena is living only on Sundays. Other songs like “Lizard Eyes” and “The Devil” will take listeners to a wintery dance party in a barn, to some location where such beats were never thought to be found, which accents a semi-alternate dimensional experience. TB & SA have also just released a Christmas song which embodies the same aforementioned glowing hauntedness and a generally impressive command over the synthscape.

You can stream the whole EP here.