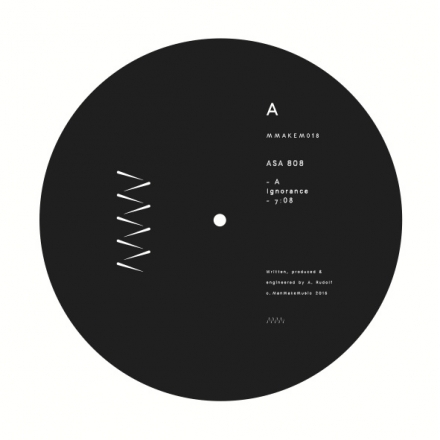 As is often the case with words derived from Latin and employed in different European languages, the connotations of ‘ignorance’ in modern English and ‘Ignoranz’ in German are not exactly congruent. The difference is subtle: while ‘ignorance’ at least primarily denotes the lack of knowledge in a more neutral way, ‘Ignoranz’ is decidedly derogatory, a reprehensible quality most commonly understood as a (deliberate) lack of the will to know. When contemplating the accustomed perception of post-reunification Germany especially among my non-German peers, my native tongue’s connotation seems indeed more fitting.

In recent years, marked by important publications such as Denk and von Thülen’s brilliant “The Sound of Family – Berlin, Techno and the Reunification”, it has become habitual to take Berlin, that “big playground filled with infinite possibilities”, as the focal point for narratives about the country prior to and following the fall of the Wall in 1989. In the deserted wastelands of Mitte, techno culture was able to bloom mainly due to a historically unique lack of authoritative structures, leaving big parts of the city unregulated and free to be occupied by counter-cultural currents. For contemporary witnesses, the anarchic conditions promised an underground paradise, and the appeal of that time still resonates not least as a cliché reference for every club night in town. It remains one of the main reasons why so many young people want to move to Berlin nowadays.

“Ignorance”, the lead track on local producer ASA 808’s new 12” on London/Berlin imprint ManMakeMusic, in a way echoes this legendary era of classic Berlin techno. It is raw, straightforward, and dark, evoking images of unrestrained nights in abandoned warehouses. It is not a joyful track but one meant for ecstatic oblivion, to relive the feeling of freedom the city once embodied some 25 years ago.

The thing is, however – if you let Germans play anarchy, the most likely outcome is not a rave but a pogrom.

Just in time for the 70th anniversary of Germany’s unconditional surrender on May 8th, 1945, the video for “Ignorance”, premiered above, serves as a necessary reminder of this. Depicting the events in Rostock Lichtenhagen in the summer of 1992, it shows the dark side of the breakdown of public structures. Over the course of three days, a vitriolic mob was able to express the people’s hate and frustration by attacking the shelter of the most vulnerable members of society, refugees and so-called ‘guest workers’ (it would take Germans another 15 years to slowly become comfortable using the word ‘immigrant’). The reaction of the authorities was reluctant and insufficient at first, and catastrophic in the aftermath. The incidents in Rostock represent the shameful counter-narrative of the reunification years. As it happens, it is also the one that we routinely choose to forget to tell.

When people want to show how admirable New Germany, the Berlin Republic, really is, they like to point out that as opposed to so many other European countries, right-wing populist parties like those haunting France, the Netherlands, Denmark, Hungary, and others usually don’t stand a chance in federal elections. Fair enough. The reason for that, however, is not so much that we’re all such reasonable people. There’s simply no real need to vote for upstart populists if their positions are already comfortably covered by the main parties in the parliament, usually by Angela Merkel’s Christian Democrats. But make no mistake, the Social Democrats won’t hesitate a second if morally outrageous standpoints benefit their electoral campaigns, in particular if the targets of ensuing parliamentary decisions are not considered part of the body politic. The events of 1992 are a case in point: the political reaction to the Rostock pogroms (and other violent, occasionally deadly, xenophobic and racist incidents in the early 90s) was not to strengthen the protection of refugees but to effectively abolish the constitutional right to asylum, all in order to appease the incensed electorate. The two-thirds majority necessary for this constitutional revision was eagerly provided for by the oppositional Social Democrats under Oskar Lafontaine (who remains highly esteemed at Jacobin across the Atlantic), a decision he should be reminded of every morning at breakfast until the end of his days.

30 years ago on May 8th, 1985, the late former Federal President Richard von Weizsäcker managed to reinterpret history by postulating that just like Auschwitz or Buchenwald, just like Denmark or Poland, the Germans were ‘liberated’ by the Allied Forces in 1945, just as if the Nazis had been something alien, an irresistible force that had somehow overpowered an essentially benevolent, in any case inculpably ignorant German populace in 1933. Similar words will be spoken tomorrow, generic drivel about the hardships of war, and about how we have ‘learned’ our lesson so that we’re now entitled to tell other nations in Europe and beyond when and where they err, and how they should behave in order to become as wise and dignified as we ourselves are today, all because of what ‘happened to us’ during National Socialist rule. Dialectic, it turns out, can be so ironic.

It’s lovely, this benign new Germany, isn’t it. Most of my expat friends in our Kreuzberg/Neukölln bubble sure prefer to think so. Why should we, they ask, not have the ‘right’ to mourn those civilians who died in Dresden and all the other bombed-out cities, why shouldn’t we have the ‘right’ to point out the ‘injustices’ of the post-war expulsions of Germans from Eastern and Central Europe?

Yes, why shouldn’t we. Perhaps because it was us who started it. Or perhaps because there is an uninterrupted, coherent narrative arc running from November 9th, 1938, to the events in Rostock in the summer of 1992, and all the way to Tröglitz in April of 2015. That’s why. For those who don’t want to see, ignorance becomes an excuse.

After all, 70 years is a fucking short amount of time.

The Ignorance 12" is out on ManMakeMusic.