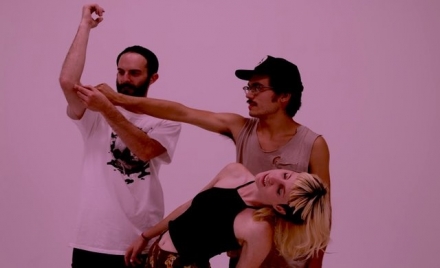 For the Boston/LA-based fuzz rock trio IAN, this past year has been nothing short of action-packed. They went on three tours, played SXSW, released a self-titled cassette on Boston’s Bufu Records, and relocated to LA. To commemorate their journey to where they are now, they released a video for “If You’re Cryin”, a mixture of intimate footage from their live shows and beguiling scenes of being goofy over the last year. The track, a heart-felt upbeat pop gem about the inevitability of taking on the pain of the person you love, is a perfect showcase of IAN’s ability to craft impassioned and sincere pop music that still maintains a certain lightness. Even though the video celebrates the full year the band has been together, IAN’s future is more promising than their past is charming: they’ll be doing a few more shows in LA before they return to Boston to record an album and tour some more. If the year ahead turns out to be anything like the last one, you’ll definitely be hearing more about them soon.

IAN’s self-titled EP is available for streaming on bandcamp.