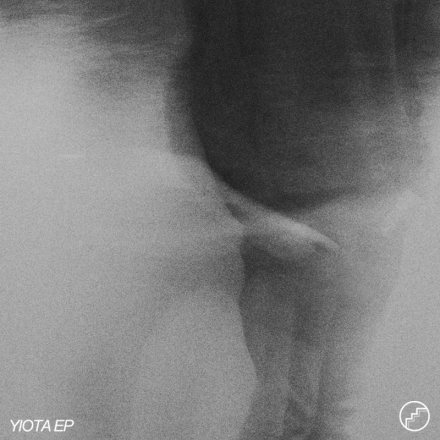 The crew behind this Blankstairs label has been helping push the Pacific Northwest wav(e) of electronic music to a level as progressive and unique as any of the other bastions of creative, young beat music ringing out across the various locations of the American radar of Web music. Between their smatterings of Beatogether performances throughout the often unexplored all ages venues of Portland, their coast-combining audio-visual pieces, and guest mix appearances, it’s no surprise that the label, just under six months old, is only now seeing its second release. But it isn’t a matter of finding the time to focus on releasing 001’s, 002’s, 003’s, but rather a thorough approach to patient music in an age of production where flooding Twitter, Tumblr, and Soundcloud with hourly postings can bring as many new listeners as the quality of the music in the links or embeds posted.

"Isolation is the space in which I exist. But I am provided light through an Idea, an idea that defines me not as an individual in the infinite but as a part of a whole,” Yiota’s Teo Wollrabe says of his music.

It’s a fitting concept, considering the nature of the four tracks comprising the duration of his upcoming Blankstairs-released, self-titled EP, which move at a pace more often associated with textural ambience than dance music. But the far-reaching selection of percussive sounds and pitch-affected vocals repurposed and explored in the whole of current beat music switches places here with the wall of ambient waves, scattering all of the sounds typically considered the driving forces in a beat, among the barren branches of tree silhouettes in Winter, while a cold wind swirls into the foreground here, forcing our attention away from the “beat,” the “drop,” or the “harmony” toward the frigid textures skating the line between electronic music and noise. This is the isolation in which Yiota’s self-titled EP exists, and it’s not the kind associated with standing alone somewhere devoid of civilization, but rather a kind of solitary confinement on the top of a building comprising part of a desolate city landscape, where one can see the hustle and bustle of the crowds below, but can’t seem to find a way to descend down to join them.

The video accompanying “Descend (feat. Soliz)” communicates this isolation perfectly. Filmed by Blankstairs creators Nathaniel Young and Warren Mattox, and edited by Portland visual artist, Alex Geerken, the shots flicker in between flashes of cityscapes and jittery human movements, like light through tree branches as a movement of clouds slowly rolls in to devour it.

Considering every aspect of this release: from the music itself, to the label releasing it, to the visual accompaniment, the release of this EP serves as a statement of purpose from the entire Blankstairs collective, bringing thought, focus, and patience to a whole faction of music otherwise concerned solely with haste in its inherited attempt to maintain the fleeting attention of an overwhelmed culture. It’s a breathe of fresh air and it’s moving in with the heaviness of an oncoming storm front.