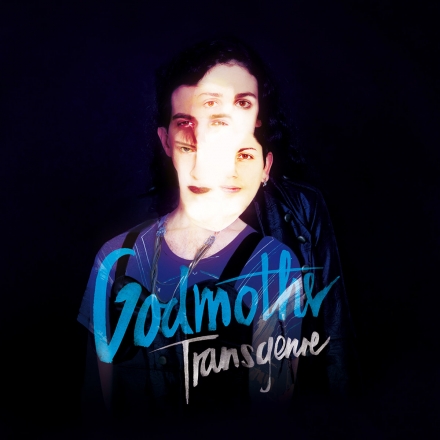 Look deep into the eyes of T-Word and Joey – what do you see? A progressive and scrutinizing stance on gender politics? Sardonic yet useful opinion about gender reassignment becoming more accessible? For Berlin queer pop project GODMOTHER, such topics are an innate part of life. However, the video for "MTFTM" – a title expressing the abbreviation for someone who has several serial reassingments, in this case male-to-female-to-male – offers us crevices, clefts, chest hair, fish nets, and the story of two young people who party their way through their realizations that they look better as the opposite sex. It turns on itself not to deliver some kind of transphobic message about staying the born anatomy and assigned gender, but rather to playfully convey the arbitrariness of gender and, yes, even our anatomical cis-selves. Having that said, Joey reassures us that "a rectum is a rectum is a rectum." We can change our bodies until the cows come home, but, like this euphemism which speaks for a comforting, basic truth, we all still need to poop from time to time.

"MTFTM" appears on GODMOTHER's latest, Transgenre. You can check it and the rest of New Pangea releases here. 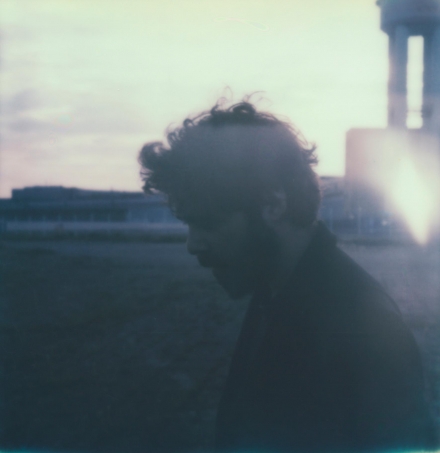 Largely thanks to underground-approved labels such as Erased Tapes and figureheads such as Nils Frahm, modern classical piano composition that's lingering in that delicate spot between chamber music and pop has had a bit of a resurgence as of late. Enter Berlin via Milan artist Federico Albanese, whose forthcoming sophomore full-length The Blue Hour cleverly blends elements of drone and ambient with beautifully arresting, cautiously arranged piano pieces which stay clear of all those easy clichés you might associate with 'cinematic' soundscaping, a trap that so many contemporary composers fall for (though it certainly won't hurt their sales figures). Watch the masterfully shot video for LP standout "Shadow Land Part II" below, an unpretentiously constructed fragment of simple yet effective beauty. Winter music sans the kitsch.

The Blue Hour is out January 15 via Berlin Classics' new Neue Meister imprint. 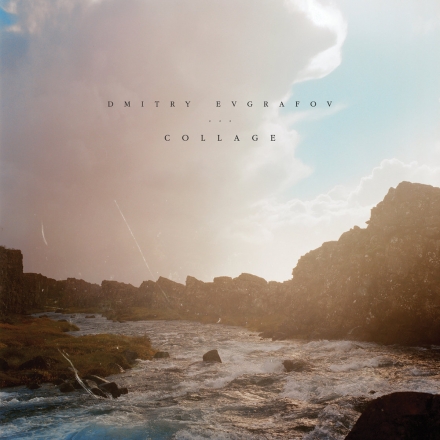 During these days of tension and anxiety, reminding ourselves of the beauty that surrounds us is soothing. More than that, it may be necessary to stay sane in the midst of a neverending flow of news and pictures and grieving and fear. Moscow composer Dmitry Evgrafov didn't write the music on his recently released album Collage, so I assume, specifically for situations like the one we all, collectively, find ourselves in since past Friday. Once again. Instead, in his own words, Evgrafov's delicate arrangements merely vent his penchant to be "always restless, always searching" – a deeply romanticist inclination, to be sure, that is all too often prone to clichéed notions of sappy sensations and faux tragedies yet that the young musician consistently manages to absent himself from. Nor was the video for LP centrepiece "Like Foam", with its images of peaceful autumn landscapes and solemnly grazing cows shot in mind with the very human atrocities that we have been confronted with. Yet somehow, and perhaps that's just me, there is a new connotation to the music now, whether intended or not. "Like Foam" is, in its very own, uncommitted way, healing music. 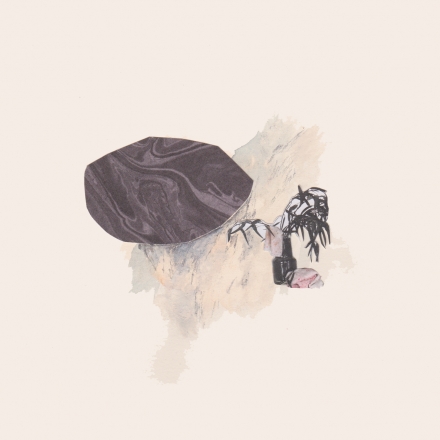 Perth’s Erasers (not to be confused with similarly named 80s English New Wave duo Erasure) allow their dreamlike ambiance to invite a listener’s interest. Their recent full-length Stem Together is a brisk swim in a briny bath of lo-fi percussive loops and melancholic organ hymnals. Rebecca Orchad’s ghostly incantations build and swell, reverberant crooning resonate on another ethereal plane. At times, the record feels best suited for the pitch-black solitude of an insolation chamber, while at other times opening up to nothing short of a psychedelic sermon, a lulling drone underscoring songs like an understated sonic scripture.

In the group's latest video for the song "Returning Home," the viewer is brought into the congregation on a beam of light. Solar glare glistens on the waves as the group’s atmospheric organ rumble fades into audibility.  ‘On a silver sea / returning you home,’ Orchad repeats. The lyric implies patience in movement, the idling that accompanies any expedition, laying in wait. To travel is merely to pass time between destination and origin, and Erasers emphasise this lacuna. The accompanying visuals to "Returning Home" tell this story of stasis in travel: a single swimmer, in a silver sea no less, paddling in place as the water splits around her; stagnant sediment washed over repeatedly by rolling water; the relentless ripple of one’s own wake. The constant motion that the ocean insists upon is often overlooked by its perennial nature, as if to say, “the ocean isn’t going anywhere,” despite that it is always going, pushing, pulling, occillating like that familiar drone.

Stem Together is out on Fire Talk. Get it over here. 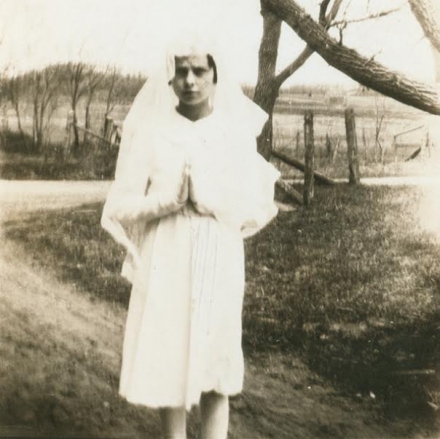 It's been a while since we last heard from London project Paco Sala aka Anthony Harrison and Leyli. The vocalist having recently relocated to Berlin, the first result since crossing the Channel is a full-length with the fitting name Der Gast, "the guest" – a multi-faceted notion that avoids deliberations about more loaded concepts of existence in contemporary Berlin, such as "tourist", "immigrant", or "expat". To be a guest implies both a limited timeframe and the expectation to be welcome. The two aspects, of course, are intertwined, scantily concealing the word's more twisted connotations (the first generations of immigrants from Turkey and other southern European countries in Germany were labelled Gastarbeiter, "guest workers", in the public discourse, which rather openly hinted at the fact that the German society expected them to leave again and not to settle).

Musically, "Square Jaw" and "LGO", the first tracks from Der Gast, continue Paco Sala's distinct blend of kosmische-informed synth arrangements and crystalline vocals, though the rhythmic patterns are a little more prominent and dynamic this time around. Watch the video for the single exclusively below.

Der Gast is out on cassette November 6 via Night School Records. Pre-order the tape now over here. 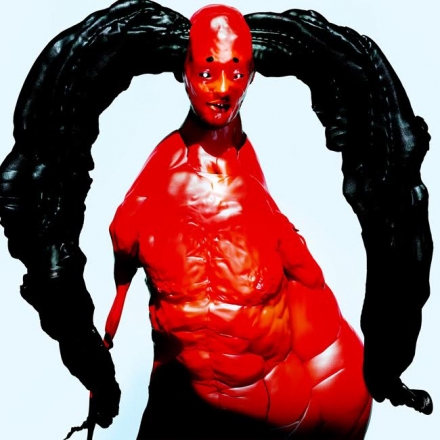 Arca (aka Alejandro Ghersi) is someone we all can’t stop watching. An ever-evolving transformation since the &&&&& mixtape, several EPs, 2014’s release of debut album XEN, not to mention collaborating on production with FKA Twigs, then Björk’s ninth record Vulnicura; it’s difficult not to be addicted to the aura that is Arca. The Venezuela-born, now London-based producer has shared two new tracks from the forthcoming, sophomore studio album, Mutant.

“Soichiro” is extremely emotive and sensual while recently released video for “EN” only showcases the abnormalcy that Ghersi strives for. In white thigh-platforms, it shows Arca, dancing in slow-mo to match the track’s dark, experimentally-pioneering manner. Both tracks are freeing and continue the project’s radical spirit. Nothing seems too ambiguous for Ghersi at this moment. In regards to the release, they reveal “softness as a weapon when the mind attacks itself”.

Mutant is out November 20 via Mute digitally, on CD, and 2xLP. Also peep the artwork from long-time collaborator Jesse Kanda. 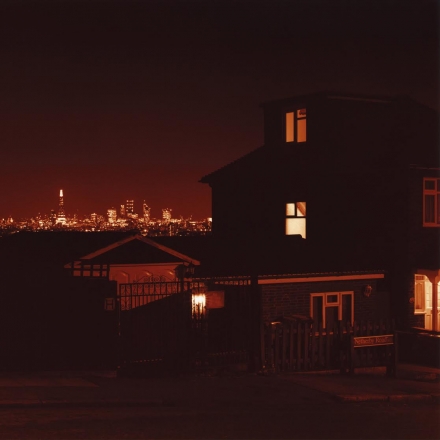 What has made London blog/label No Pain In Pop so important in the past years is not so much the fact that mastermind Tom King has impeccable taste and the right ear to predict what the world the Internet wants to listen to tomorrow; others surely have that ability, too. No, it's rather that King somehow knows how to look at places no one else seems to even have access to. In this sense, the title of NPIP's ongoing series of compilations – The Bedroom Club – is anything but arbitrary. The new talent showcased here is almost exclusively composed of artists who indeed seem most comfortable in the reclusive semi-anonymity of their bedrooms; the music produced is not exactly depressed, but there's a certain noirish feel to almost all of it. A sentiment that of course has quite a tradition at NPIP, with a past roster including A Grave With No Name, Echo Lake, and of course Forest Swords. The compilation series' third edition is by no means an exception to this rule. The six tracks are slow, careful and intimate, exuding a gloomy atmosphere. This is music that not only seems to be made in isolation, but just as much made for it. For rainy Sundays after long club nights perhaps, when there's really nowhere else to go. The press release tells us accordingly:

Liverpool producer Jon Davies aka Kepla is one of those highly talented bedroom producers that I would likely never have got to know were it not for NPIP; and his track "Ordinant 6" is the prototypical Bedroom Club contribution. Informed by both noise and fading rave memories, the track only reluctantly unfolds over the course of five minutes. Largely rejecting discernible structure, it implies distant troubles, an effect that is beautifully augmented by the accompanying video with its abstract frames and occasional, disconcerting interruptions hinting at other things that might be going on here. We're premiering the video below.

The Bedroom Club III is out August 21. Pre-order the compilation on vinyl now over here.

Kepla will support William Basinski on his UK tour in September: 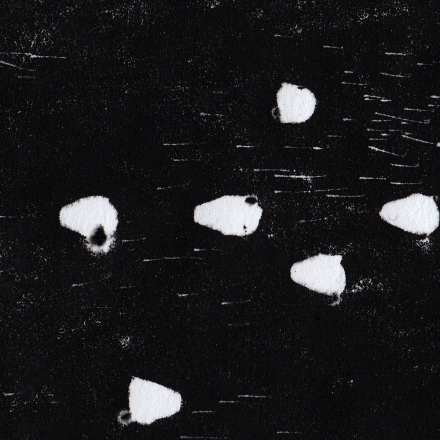 Kvien & Sommer is the collaborative project of two highly acclaimed Norwegian musicians, vocalist and improviser Mari Kvien Brunvoll and composer/multi-instrumentalist Espen Sommer Eide. We're not sure if Weathering, the duo's four-track mini album, is a one-off affair or even the result of a set of spontaneous creative impulses. But it certainly reaffirms Karelia-based imprint Full of Nothing's position as one of the most adventurous and forward-minded cassette labels out there. Described as containing "four broken suites for voice, modular synthesizers, bagpipe and various sound objects", Weathing is an unassuming yet subtly bold collection of contemporary exerimental music. Of all tracks, "Kwan" is the easiest to access upon first listen, a quiet, pensive movement focused on a fractured rhythm pattern, with melodic fragments merely insinuated at most. The piece only reveals its hidden marvels when taken together with the accompanying video by Piotr Pajchel, an equally abstract series of circles and grainy waveforms in black and white. Watch it below.

Weathering is out now on Full of Nothing. Get the cassette over here.