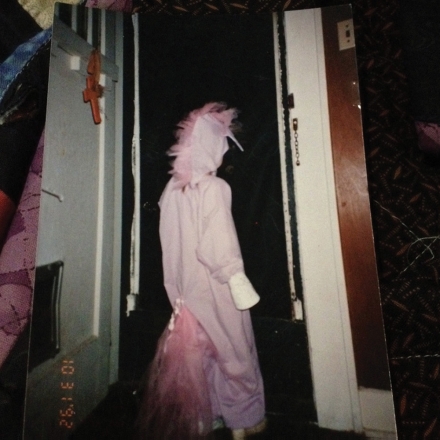 Baby Birds Don’t Drink Milk have been a whirlwind to follow since I first saw them as a kind of noisy four-piece indie rock band in my brother’s basement in Boone, Iowa. They were a band from Lawrence, Kansas whom I had never heard of, who later made their way to New York, via Chicago for a brief period. The next opportunity I had to see the band was probably three years later in the campus chapel at Reed College in Portland, Oregon, and they had transformed into the three-piece grandiose, tribal noise act, huddled over heaps of effect pedals and cords on rugs on the floor, that they have, seemingly, been working toward since they began making music. Which is to say that their most recent album, Think Tone, out on Brooklyn’s Fire Talk label, is their most realized work to date.

Their first proper full-length, 2008’s Eek Shriek Beak, was a soft exploration of sounds still recognizable through the bands subtle effects processing, like Campfire Songs-era Animal Collective recording in a basement with electronics. Following a string of smaller releases on labels throughout the country, BBDDM released their second full-length album (and first Fire Talk release), Skeletor & Me. The guys in the band specifically said that it felt like more of an album than anything they had done previously. I remember feeling surprised, thinking about how the flow and soft transitions of Eek Shriek Beak felt so whole to me, and how that feeling only grew with every listen.