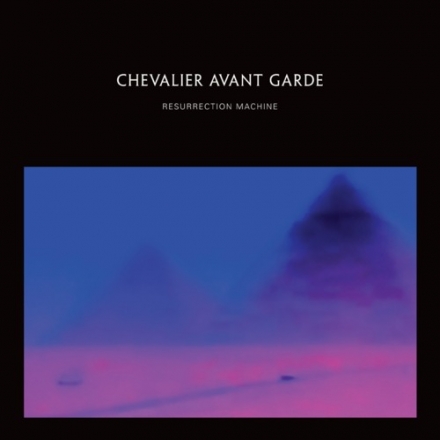 Resurrection Machine, The new LP from Canadian duo Chevalier Avant Garde, is out today and I'm pleased to announce that No Fear of Pop is hosting an exclusive stream of the album. Digging a little deeper than a lot of electronic music, Resurrection Machine combines soft IDM beats with swooping, warbling electronics and ghoulish vocals. Tracks like “When We Meet” and “It Was Me” attach warped atonal elements to common pop structures while more traditionally electronic fare like “Temenos” and “Nothing Between” are the products of murky digital spools unwinding into soft cataclysms.

Resurrection Machine’s weathered tone gives it a naturalistic take on modern electronic pop. The victorian upbeatness of a song like “Nowhere” - with its new wave inspired organ work - reminds me of Roxy Music’s Avalon album; calm, almost brooding electronic music that sounds like it should be played from the parapets of an ancient castle. The shimmering guitar work on “When We Meet” wouldn’t be out of place on a Ducktails album. There’s enough variety on each of Resurrection Machine’s 13 tracks to make it a diverse listen, without sacrificing any of its coherence.

The album is available now on 180-gram 12” vinyl (limited to 300 copies) or digitally via Fixture Records. Stream the entire album below: