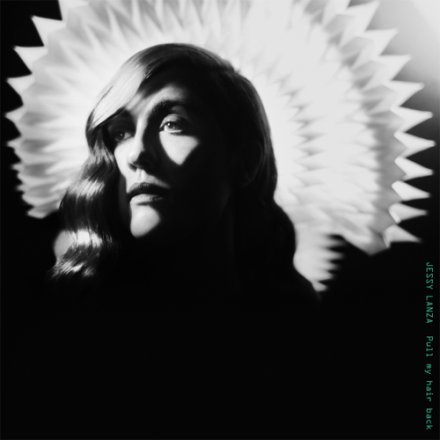 There must be something romantic about Hamilton, Ontario. Is it the quaintness of or submission to small city life? Is it something about being at the end of a series of harbors along the Lake Ontario shore, able to stare back out at emissions from Toronto and Cleveland, Ohio?

Hamilton's electronic producers, like Junior Boys and emerging Jessy Lanza, convey a melodic simplicity, a sweet-loneliness and harmless desire, which probably mirrors the city's environment. Looking at the Google map, Hamilton seems to be the best vantage point in the area for contemplating spaces and distance. For example, Oswego and Kingston share the waterway but are visually disconnected. Meanwhile Cleveland lies nearby but in another country, the international boundary creating an illusionary greater distance. Maybe that's it – it is a lonely place in the middle of a lot of action and intersections. In any case, space between Hamilton other cities, and sweet effort in filling that space, it can be heard throughout Lanza's Pull My Hair Back. Yes, it is Jeremy Greenspan's collaborative efforts; perhaps it's also Hamilton and its surroundings.

Lanza is excellent at filling in spaces. Maximized by arpeggio, hi-hat rolls, bass drops, vocal fills and R&B lyrics, Pull My Hair Back allows for us to study the way by which Lanza plays around with filling gaps created by patient hip-hop beats. It's a bit like a Siren calling out to the passing ships, persuading them to detract for an eternal moment and view the world from her vantage point. Originally the ship is far away from the rock, and, once turning in, the distance reduces as the song becomes louder.

While a dozen metaphors will always stem from mention of the Sirens, especially ones that cast women into a negative light, one in particular that can be found on Pull My Hair Back – one not so negative – is the wish to bring someone or something closer, something that has been adored from far away. The first song “Giddy” is a superb way to begin. Starting somewhat abruptly with bassy arpeggio and a slow beat, it is both enticing and revealing of Lanza's sensual sound. Sliding directly into the uplifting second track, “5785021,” we are not only invited to call Jessy up but also welcomed to indulge in her R&B influence and bouncy beats. This is again reinforced with the start of the subsequent “Kathy Lee.”

Once we reach “Fuck Diamond,” we encounter Lanza's techno and house side. The faded-in blaring bass downbeat informs us of an experimental, more reckless mood. However, there's a type of sadness radiating from the core of the song. Grimes can enter the mind with the vocal utterance “whooo” at the beginning. Later, the soft counter-melody shining shyly from the background endears us so that, safely, by this fourth track, we know that we're starting to have feelings for the overall album.

“Keep Moving” is a fantastic track. It possesses familiar and effective song structure. With 80s freestyle vibes, addressing the addressed as “baby” in the chorus, we're sure to have heard this song before. Then, at the close of the track, we arrive to a whole different level which, looking back, was being approached the whole time, although we didn't see it coming. We reach this heightened area only in time for a fade-out.

While RA accurately describes Lanza's voice as the element which ties the album so well together, it can be alternately posited that, in the unnecessary occasion of imagining the album deficient of vocals, the music alone would still be captivating. The instrumentation and song structures encountered around and between every corner, whether close or far from each other, are unique in the most satisfactory way. Simply put, the album is made of arpeggio and melodic anthems, with other delightful subtlies, that swim towards each beat, topped off by vocals amplified from west Lake Ontario. It's easy to appreciate the (female) vocals as an extra treat laid upon already satiating electronic sounds and spaces.

Pull My Hair Back is out September 10th on Hyperdub.