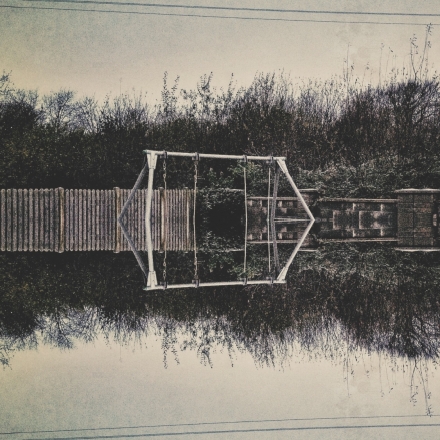 Darragh David Nolan of Sacred Animals might be our most dedicated reader, so it would only make sense for us to ask him to share some tunes from 2012 that has captivated his ears; tunes that we haven't covered in this space already. Read his words, and listen to the mix in entirety below. (ed.)

This is a mix designed to inhabit the spaces between dusk and dawn, a place where darkness never quite reaches, bypassing slumber and slowly drifting into a delirium where your body shuffles and stutters through a familiar but warped terrain, one you've visited before but you're not quite sure how or when. Dreaming with your eyes open, hints of deja-vu, your body feels ecstatically intense while each passing moment twists & shifts the movie before you.


Having assumed that Natten was a solo project, possibly as a result of the video for track 'Hatet' containing a solitary character, upon further research I find they are a four piece band (Arvid Lärksäter - Trumpet / Jan Sydolf - Bass / Robin Donaire - Beats, electronics and Fredrik Adolfsson - Synthesiser) — which does make sense, as the central melodic and sometimes slightly atonal focus revolves around a solo trumpet, creating a rather uniquely hypnotic sound. Check out the hazy woods-based Alien Versus Predator-esque video for 'Framtiden' above featuring robotic dancing kids.

Amsterdam-based Salvador Breed and Stijn van Beek come together as Breek to create beautifully compelling moments built on clicking percussion, squelching synths & melodic pulsing pads, resulting in dreamy & hypnotic tracks that gently place you on a higher plane. Putting this mix together, 'Inuit' was the track that insisted on revolving around my head for hours afterwards. The 'Burst EP' is a self-described 'sensory attack of intense sonic textures'. They're not wrong either, it's well worth your time and/or money.

According to himself, Deaf Joe writes 'folk songs; sometimes romantic, sometimes dreamlike, always cathartic', and I can't say that this description isn't apt, particularly in its understatement. The video for 'Joanna' above shares this quality featuring a lightly colored silhouette of Joe slowly revolving around 360º. That's the thing about Joe's music, if you let the subtly blooming melodies, dark lyrics and hazy atmosphere suck you in, it will grab you and spin you around completely. 'Joanna' is taken from his excellent album Burrowings, released back in February.