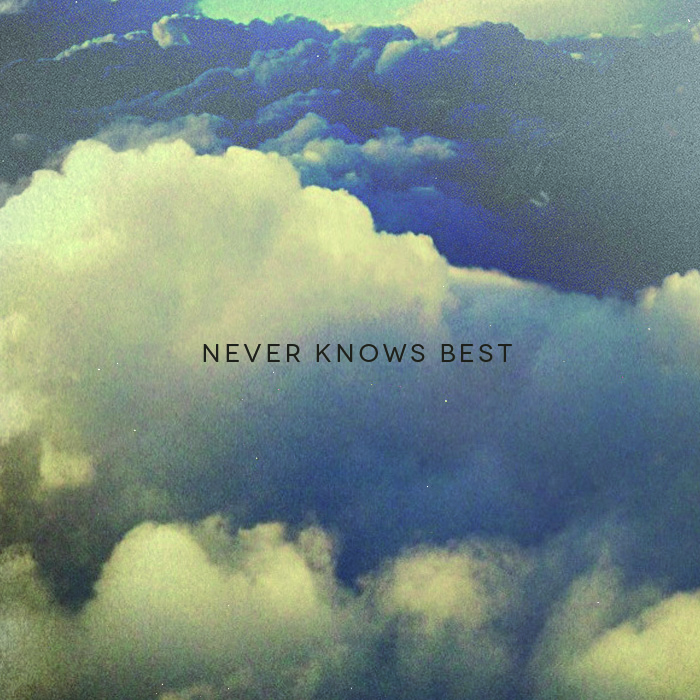 In the second part of his "Comprehensive Guide to Every Lucky Dragons Release Ever", Trey Reis introduces the project's period from 2008, after releasing Dream Island Laughing Language, until today. The piece is finished with the authors ultimate listening order suggestion. Go here to read yesterday's Part 1 of the column. 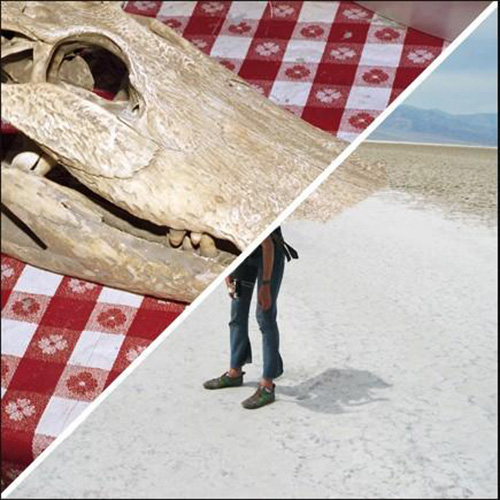 I read something that suggested that Lucky Dragons are a lot like listening to an Animal Collective at 45 RPM instead of the intended 33 RPM. I always considered it a relatively valid remark for most of the band’s earlier material. This short, simple 7" split with Ecstatic Sunshine seems to mark the turning point from that ADHD-esque old music to the slower-paced material Lucky Dragons have been exploring recently. 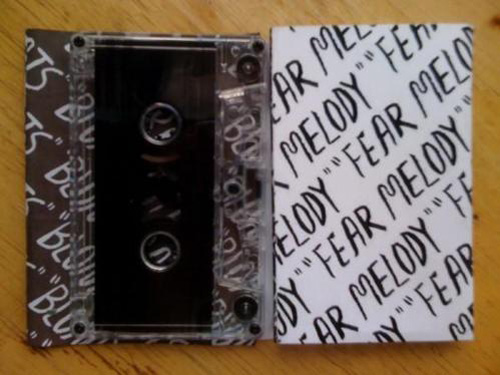 The titles of many Lucky Dragons releases tend to provide a hint toward what the material will sound like within the band’s scope. This five-song, ten-minute EP never fully allows the band’s brighter side to pierce through its shroud, but it isn’t quite their darkest material either. All five songs are primarily loop-based without much of suddenness of past albums. It’s pretty easy-listening overall, and certainly progresses the slower-paced approach introduced on the Take Turns split. 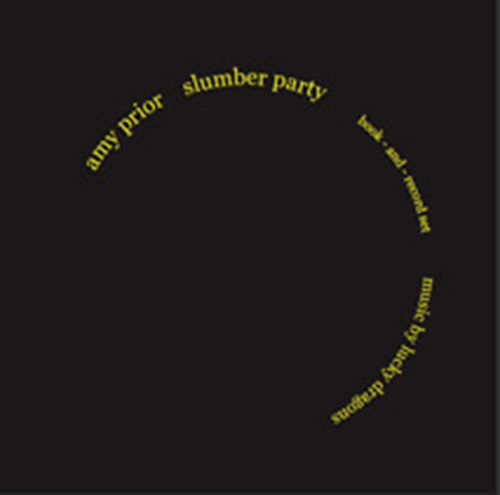 This short EP is another experiment in slower-paced ambience. The main track, "Facedown", is a piece of drone that rises and falls over the track’s nearly six minutes of runtime, and six-minute tracks were pretty rare from Lucky Dragons up to this point. The rest of the songs pretty well follow suit, except for the last song, “ukefriend”, which is just a short recording of someone shredding on the higher notes of a ukulele. It’s a really beautiful release and a strong indicator of the band’s new direction at that time. 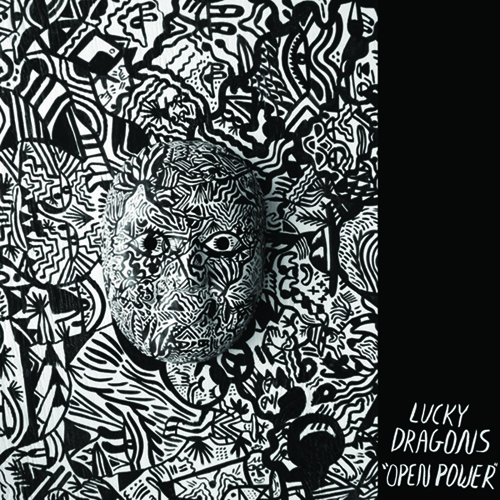 When electronic musician Four Tet released his Ribbons EP, everyone said it was his attempt at filtering his folktronica through the slow, repetitive approach of trance music. The same thing could be said about this Open Power EP, which sounds a lot like early Lucky Dragons material slowed down to a easier-to-follow pace. It’s a great EP and one of their overall best releases.

Watch a video for EP closing track "We Made Our Own Government" below: 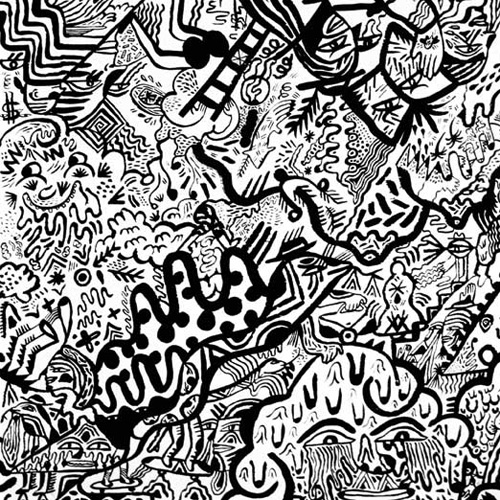 This EP is similar in a lot of ways to Slumber Party; small concepts explored more slowly over a longer period of time. A lot of the EPs and singles that came out around 2009 explored a very similar style, which led to their compilation on the Rara Speaks album at the end of the year.

Refers to a 7” single which ended up on Rara Speaks. 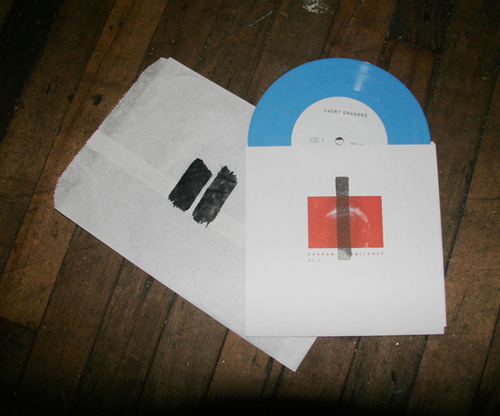 This is a strange single quite unlike any other Lucky Dragons music. It almost begins to resemble a folk song before diving into some feedback and distant vocals ringing out over empty kitchen type noises. It really reminds me of some of Baby Birds Don’t Drink Milk’s music. It’s a genuinely pleasant single to listen to, and probably the closest Lucky Dragons have come to writing a traditional song. 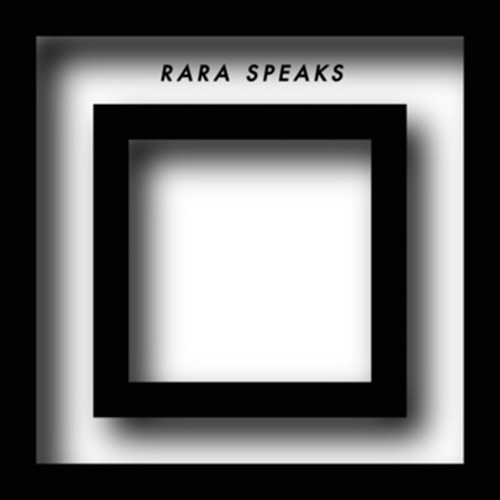 On their bandcamp page, Lucky Dragons explain the Rara Speaks release as an album, compiling: 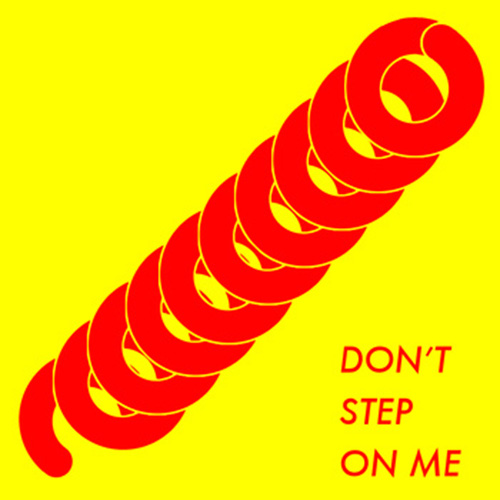 The Upward Spiral is about the first release where Lucky Dragons fully abandoned the familiarity of their old sound, and ventured forth into full ambient music territory. The title seems to refer to the different layers of sound that overlap each other as they rise endlessly upward with no beginning and no end. 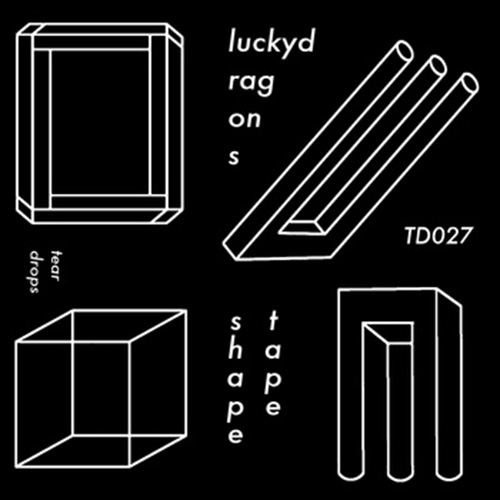 What others disregard for being simply ambient, Lucky Dragons manage to explore and call an experiment. Shape Tape is a kind of Part 1 to the band’s 2012 release, Long Form, using the same process of repetitive, minimalist signals being sent out in layers. The 45-minute tracks, one on each side of the tape, transform as these layers line up, disconnect, and reconfigure themselves in the sound space Lucky Dragons have shaped. 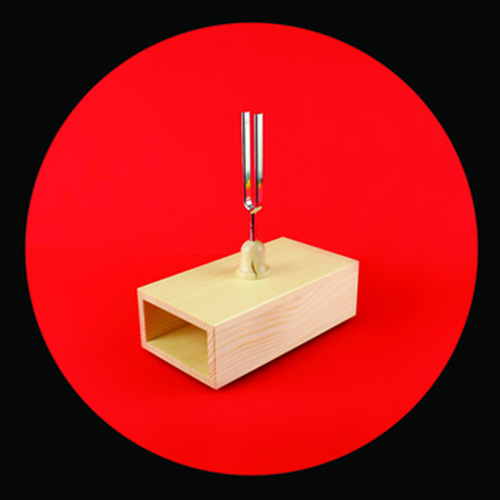 A RAY ARRAY is a video directed by Sarah Rara that examines forms of visual and aural interference: from the failure of a message to be discernable, sudden interruptions, visual disturbance, the interaction of 2 sound signals, instability, and optical effects.

Structured like a collection of short stories, the work is composed of 16 video chapters that explore the subject of interference using simple sets, everyday objects, and subtle special effects.

When the title says ‘soundtrack’, it literally means the entirety of the sound of the film, including all of the voices and little sounds from those ‘everyday objects’. In that sense, and without the video accompaniment, this release is somewhat of a minimalist approach to using many of the old Lucky Dragons noises in a much longer form than their original, brief use on early albums. It’s interesting hearing all of those familiar sounds under a completely different context ten years later. 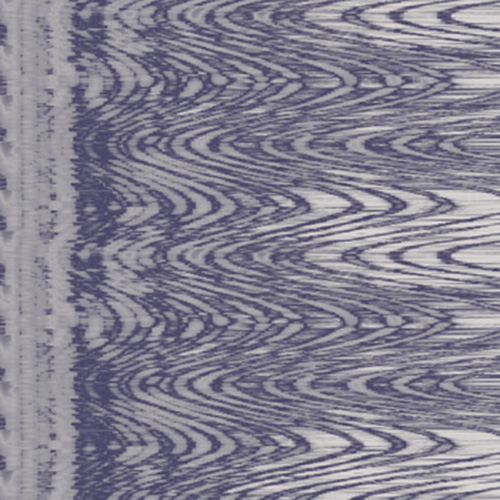 Throughout the 90 minutes of Long Form Lucky Dragons follow a process, first explored on their 2011 release Shape Tape, where spectral information from source material (in this case, modular synthesizer) is organised into simple harmonic shapes - an open auto-tuning that does not discriminate between signal and noise. The result is a shimmering plane of harmony, an agreement of frequencies that extends above and below the range of audible perception. As any shape stretched towards an infinite length becomes a line, this is a flattening of form - music made as simple as possible.

This one (obviously) has very similar vibrations to 2011’s Shape Tape, with one notable difference: the tracks on each side are much quieter and more buried in the overall sound space, making this an even more calming release. 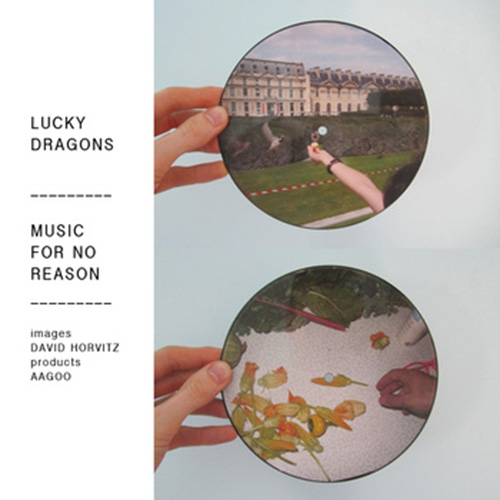 This release feels a lot like an EP that would eventually be followed by a full-length album such as Existers. It’s three tracks deep of melodic shimmers oscillating outward above beds of trickling drum noises at times, nearly reaching dance floor proportions. 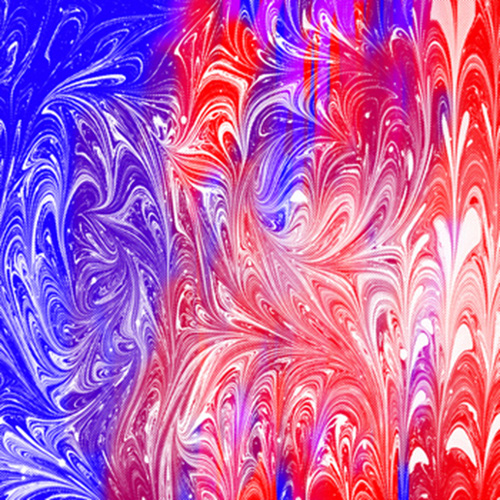 Existers is the first release since 2009’s Rara Speaks that actually resembles a full album rather than an exploration of some sort. It is similar in form to the Open Power EP. However, it relies much heavier on electronics and is about as close as Lucky Dragons ever comes to making music for the dance floor, which they are still quite a ways off from doing. 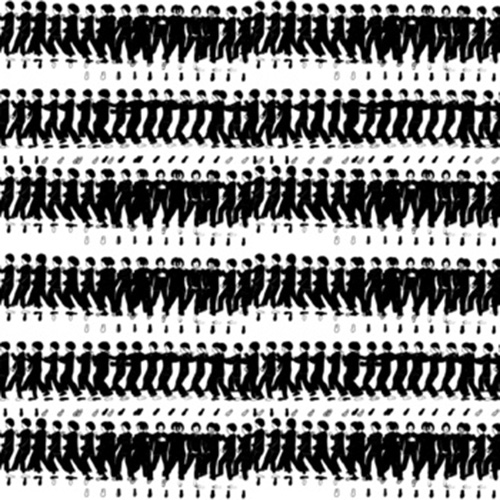 By speeding up music made explicitly for the purpose of attaining a relaxed physical and mental state, can a listener reach such a state in less time? Is there something essential in the material of these sounds, divine frequencies, that if experienced not as a tone, but as an impulse, can provide a shortcut to well-being for the busy listener? How fast can we listen?

Relax In a Hurry definitely falls more on the side of the experiment end of the Lucky Dragons spectrum. While the band has recently been exploring the range of less-layered music transforming over longer timelines, this release, as mentioned in the notes above, plays with the idea of minimal noises played for what they are in short bursts, asking the question, is it the music or the repetition that causes relaxation in the listener? 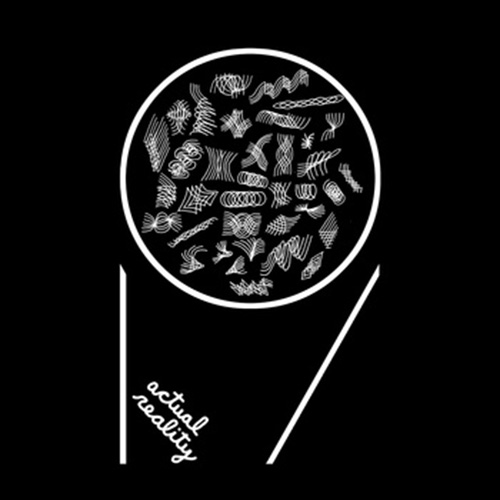 We experience sound moving from live utterance to processed signal, amplified and diffused into the room. We enact a translation, listening and responding to the processed signal, attaching new layers to it, simultaneously forging and following a wave of sound that condenses into patterns and disperses into clouds. Simple video images form for us an anchor in time, progressing slowly, with action that is hard to perceive until gradual changes are made apparent. A flute, a lily, a newspaper, a triangle, a mirror, a discharge of smoke—-these visual elements provide a medium through which to perceive a specific speed, a dilated scale of time passing.

‘Actual Reality’ is a multi-media work that develops over the course of several iterations and forms–a scored performance, an improvised response, a piece of software, text, audio recording, a video in progress–each version processing and resynthesizing previous Actual Realities.

Similar to A Ray Array, Actual Reality is the music accompanying a larger multi-media project. As mentioned above, the release is a slow-moving piece of electronic exploration meant to accent the subtle changes in normal objects like a flute, newspaper, or mirror. The project is meant to blur the lines between portrayal and perception, sound and listening, in hopes of discovering the actual reality of simplicity, or the existence of an object or sound after its human essence has been broken down. Yet, despite the thought required for this release, the music of Actual Reality is certainly one of the more stand-alone enjoyable Lucky Dragons experiments. 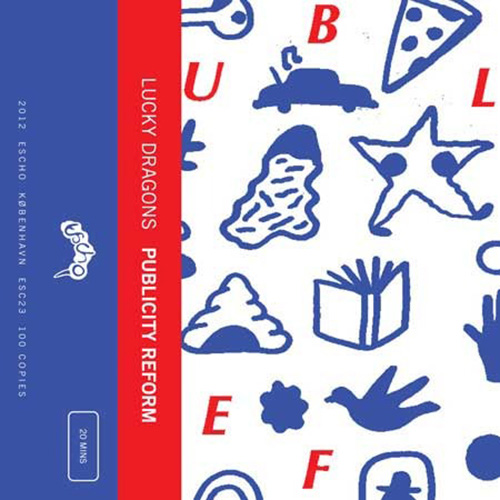 Publicity Reform is the first Lucky Dragons release in years that begins to resemble some of the band’s older material. While still heavily rooted in their current electronic techniques, the naked voices, shorter songs, and sporadic nature of each track much closer resembles the Lucky Dragons of ten years ago than the longer-form ambience of their more current releases. Like Existers, this is one I’d consider more of an album than an experiment, and definitely one worth checking out.

1. Dream Island Laughing Language, Widows, Dark Falcon
- This will provide you a decent frame to understand the initial framework of the first half of the Lucky Dragons discography.

2. Open Power EP, Existers, Music for No Reason
- This will paint a picture of the longer form electronic music Lucky Dragons have been focusing on making over the past four years.

3. Rara Speaks
- Rara Speaks collects a lot of the singles and EPs that came out between 2008 and 2010. Those releases really allow you to see the transition between earlier albums and the kind of music the band is exploring now.

4. Speak Your Own Language, Future Feelings
- These two releases really provide a view of the more defined, short-form material Lucky Dragons have been developing since they began as a band.

5. Mini Dream Island
- An album of live material and remixes that provide new context for many of the band’s familiar sounds

6. Hawks and Sparrows, A Sewing Circle
- Listening to these two albums is a lot like viewing an artist’s sketchbook and understanding the groundwork that led to many of their albums.

7. Shape Tape, Long Form
- These two albums, somewhat serving as Part 1 & 2 for each other, provide a picture of the opposite end of the Lucky Dragons spectrum wherein they take the time to explore more minimal sounds spread out over long periods of time.

8. Relax in a Hurry, Actual Reality, A Ray Array
- These experiments in sound provide a view of the band as artists rather than just musicians and really represent the kind of work Lucky Dragons has been focusing on recently.

9. Publicity Reform
- Their most recent album which serves as a kind of culmination of their entire career, it combines aspects of nearly every era of the band and pieces it together within the framework of their sound experiments of the past few years.

That should get you a good start. From there, fill in the gaps at your leisure, but certainly make sure to check it all out. It’s well worth the search. Happy Hunting!