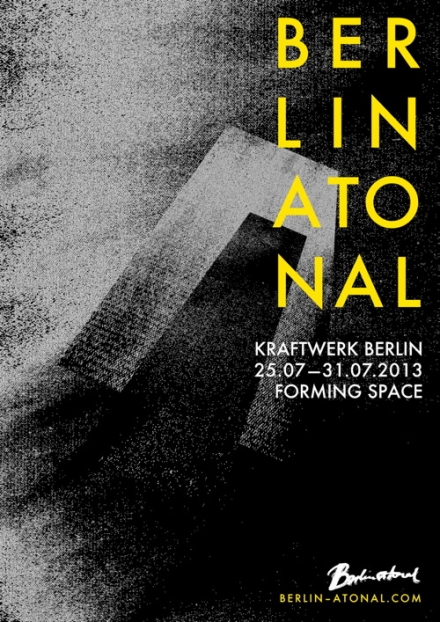 Originally founded in 1982 by local subcultural mainstay Dimitri Hegemann, initially staged at Kreuzberg's infamous punk club SO36 and subsequently running annually until its closing in 1990, this year will see legendary music festival Berlin Atonal's resurrection after a remarkable 23-year hiatus. From July 25 to 31, the abandoned power plant on Mitte's Köpenicker Straße will host six nights packed with performances of some of the finest contemporary electronic musicians, whose connecting feature is a shared, fiercely forward-looking approach to sound and production. While the festival's extensive lineup might reveal many rather familiar names, the curators' stated purpose is to take established artists but to exempt "them from their usual contexts, and [to allow] them the space to develop new performances or projects and pioneer styles of communication".

The premiere revival edition's overarching concept is delineated by the theme "Forming Space", a nod to both the festival's astonishing new home and to "the desire to give form to the void" which is, in the words of the organisers, "the basic and vital impulse of all art". The overall musical program (see for the complete lineup below) – which will be accompanied by readings, seminars, master-classes and workshops as well as installations and exhibitions for the duration of the festival – looks thoroughly exciting, and we sincerely hope that Berlin Atonal will manage to establish itself (again) as one of the city's leading events where avant-garde and adventurous modern music as well as the essential discourse about it and the cultural context within which it is situated may find a proper home, in addition to February's CTM Festival.