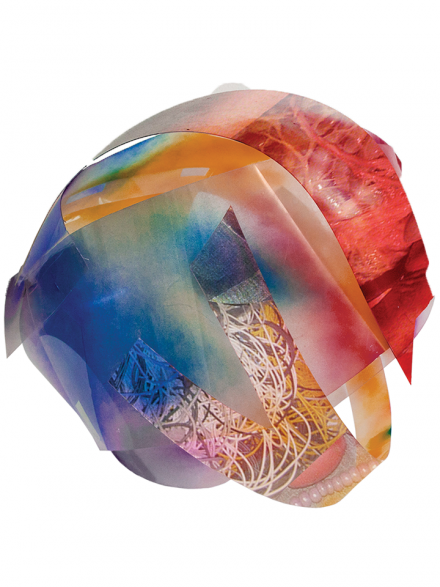 While we would never object to the well-considered and indeed long overdue list of "Five Berlin Club Nights That Have Nothing to do With House or Techno" that Electronic Beats published on Monday, as it more or less exclusively features friends and family of ours, one essential portion of the 'other side' of Berlin club culture however surely was missing: Urban Mutations, a monthly night at Kreuzberg's Paloma conceived by DJ MFK and DJ WEN, which takes a fresh approach to contemporary dance tropes somewhere along the lines of future bass, UK Funky, ghetto house, and juke. In addition to that, the two also have an impeccably tasteful show on Berlin Community Radio.

This Saturday, August 10, Urban Mutations will once again step out of its Paloma familiarity to host a night at Chesters, this time featuring the appearance of Night Slugs mastermind Alex Sushon aka Bok Bok, who will be visually accompanied by Janitor  – check out the event's details on Facebook and RA. Needless to add, this one's highly recommended.

In anticipation of the event, we spoke to Urban Mutations' DJ MFK aka The Hague native Koen Nutters about the project's concept. Read the interview below.

When did you start Urban Mutations, and what was the original idea behind it conceptually?

We started DJing together in 2011 at O Tannenbaum and the Times bar in Neukölln. The idea was to play a bunch of UK Bass, Juke, and other current stuff and mix it in with older Chicago-style club music in order to create a more interesting flavour on the dancefloor but still make people dance like hell. Which I think is very much needed in the techno-dominated city of Berlin. Now we are collaborating a lot with the people from Festsaal Kreuzberg which is great because it gives us quite a neutral platform to organize things in. We have our monthly night at Paloma and were doing bigger things, like our DJ Rashad night and the upcoming Bok Bok night, at Festsaal itself which sadly burned down the other week but will continue its activities elsewhere until it's rebuilt.

Urban Mutations is not only about music, but also about the visual experience. What's the approach, and who are the artists that contribute to your nights? Do you find most of them here in Berlin?

The link with the post-internet crowd and visuals just comes from the fact that I know these people very well and like the style very much. Particularly our main visual collaborator: Harm van den Dorpel who I shared a studio with in Amsterdam before we both moved here. I just saw a lot of similarities in the way the music we play and the visual culture of the (post) internet crowd behaves in terms of influencing each other and mutating into new cross-breeds.

Also I was inviting people from that scene to come play at O Tannenbaum when I made up the name Urban Mutations. I mean people like Jaime (MESH) Whipple, Yngve Holen, Ilja Karilampi and Aids-3D.

You are classically trained and have studied at the Conservatorium in Amsterdam. Where does your fascination with bass-infected music come from?

It's not so much the bass element but rather the fact that a lot of this music is a bit more complex in form (more than two parts to a song) with long interludes and intros, different types of beats in one song, and sometimes some surprising twists to the form which makes for more interesting mixing and in turn for a more engaging dance floor experience for the crowd.

The cliché wants us to believe that Berlin is a city obsessed with techno and maybe house. Is it hard to put on a night that focuses on UK bass and contemporary US mutations such as footwork?

Actually it's surprisingly easy. There are all kinds of people in Berlin. And a lot of them like this kind of music more than the average techno experience. So no probs. We're also not against techno and mix in a fair amount of ghetto house and acid into our nights which sometimes goes into techno for a few minutes here and there. But we always break it up again. That's the difference with a more techno oriented night. A more open form to the music and the style.

What would your typical crowd be composed of?

People i know and people i don't know. That's always a nice mixture. :-)
The people i know are mostly artists, musicians and fellow DJs and producers but I guess that's just the people I know. There are always a lot of different people that are clearly there to enjoy the music and dance. And then some people just wander in...

What's some of the music that you're most into at the moment, and what's your fave of 2013 so far?

We've both been listening a lot to the new Bristol school of Pev, Hodge, Kowton, Alex Coulton etc. Also really into new Detroit stuff by Kyle Hall and some older Omar-S cuts, Bambounou, Pearson Sounds' new stuff and of course everything that Night Slugs has been releasing. Too much good stuff to pick out one fav.

How important has Night Slugs been for what you're doing with Urban Mutations?

Basically the Night Slugs Dub Plate Mix (from 2009), along with Untold's Fact Mix 58, is what got me into this new stream of UK music. Those two mixes were a gateway to a lot of new and exciting music for me as well as a lot of great music from the past and completely changed my approach to DJing. Then Night Slugs put out the first Girl Unit and Kingdom records and new links were made between Juke, Ballroom and Jersey Club music. They pretty much mapped out and preambled our musical interests for quite a while.

Tell me a bit about Bok Bok, and what you find most exciting about his work.

Bok Bok is one of the architects of new UK bass music. As a producer, label boss and graphic designer he did a lot of work to release things, connect things and to create a context for a lot of new club music from both the UK and the US in recent years. But what is most amazing are his DJ sets.