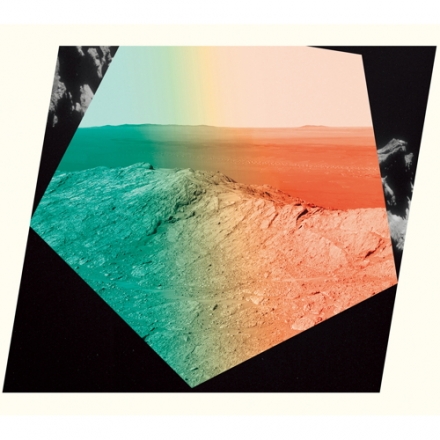 Thirteen years after his debut release, Tokei, Icelandic producer Ozy has come out with a new 12-track LP titled Distant Present. As a producer, at least upon first listen, Ozy’s vision is straightforward. The record sticks close to its name, conveying nostalgic dreamscapes that seem to hark back to a more remote era. The tracks are a slow-building arrangement of anthemic strings, glitchy bass-lines, and the occasional sensuous vocal sample (sometimes recalling Balam Acab’s 2010 See Birds).

During the album’s less intricate moments, tracks like "Drama Club" and "Dis-en-gaged" provide uncomplicated downtempo listening; however, something interesting happens about two-thirds through Distant Present. Its sleepy rhythms are replaced by stranger and more irregular percussive arrangements as the vocals become less sensuous and more atonal. The relative absence of strings, which facilitated a sort of dream-state, begins to feel quite jarring, in a beautiful way. The tracks become sparse – and the dissipation of background layers reveals a more intriguing landscape. These are the sounds of waking life. A track like "Chrome-drip", for example, demonstrates a simultaneously harsher and brighter reality. The sounds of Space Age radio signals and difficult-to-place percussion samples interact in unexpected configurations.

In essence, Ozy spends the first part of Distant Present constructing a dream-world which he later methodically and gradually destroys. The distant present comes into sharp relief as the songs themselves begin to signal awakening. The waking world turns out to be even more unusual than the land of dream, recalling Twain’s expression: “Truth is stranger than fiction.” Then, in a perhaps self-conscious move, the final track “Atonement” makes an attempt to return to the ethereal peace of former half of Distant Present. Nonetheless, it is clear that something has shifted in the overall sound. If “Atonement” is a peace offering for having disrupted our sleep-state, it is only an incomplete apology. The eery and aggressive (eerily aggressive) glitch of waking life is still present, if subdued. We never dream in quite the same way again.