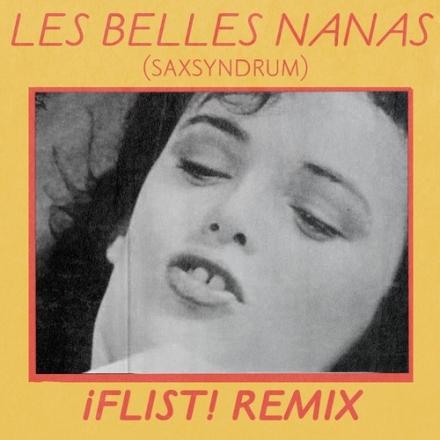 Saxsyndrum, a two man band from Montreal, are doing a remix album with songs taken from last year's Future Circus. Fellow Montreal-er ¡FLIST!'s remix of "Les Belles Nanas" (French slang for "the pretty girls") tempers Saxsyndrum and Emma Frank's zippy verve in the way only ¡FLIST! can. Sounds lumber along, hang like Weeping Willows, squat, and balk, and the brass sounds fat and squished. These are all good things!  Be sure to also check out NFOP favorite Syngja's, remix of "Heartstrings." "Future Circus Remixed" is out March 22, and if you're in Montreal, be sure to head to Le Cagibi for a fête of sorts, with Syngja scheduled to play as well.