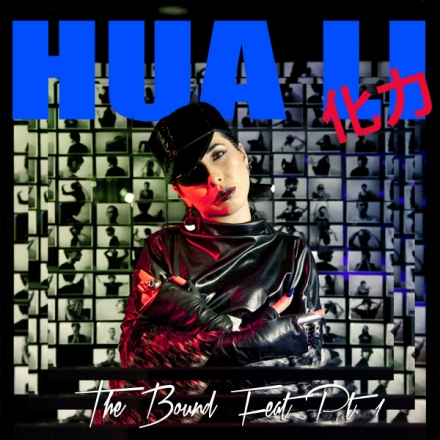 Rapper Hua Li (aka Peggy Hogan) – based out of Montréal – who just played with Cakes Da Killa during Pop Montreal, put out her very first video (directed by Eduardo Menz and David J. Romero) late last week for a song called "Pinkett," a production by Teck-Zilla. The song uses the sample from Drake's "Over" where he says, "Bought to set it off in this bitch / Jada Pinkett" (a reference to the late 90s movie "Set It Off" that Jada Pinkett Smith was in with Queen Latifah). The video has quite the cast of characters: two shirtless guys wearing unicorn heads, a male acrobat careening around a stripper pole, a white cat, and boys wearing hats that say "Cake" and "Bad Kid." Top it all off with Hua Li herself putting some of her stripper pole class knowledge to work. Go get her mixtape The Bound Feat. Pt. 1 that came out in June on her bandcamp, and if you're in Montréal tonight, go see her DJ at the Royal Phoenix.