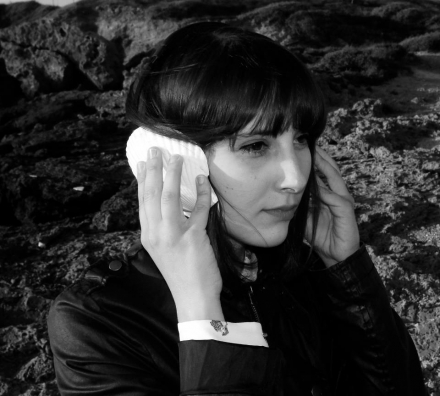 Last week, once again it turned out that the people on the eastern shores of the Mediterranean Sea simply don’t focus on falafel enough, instead leaving the field to the IDF and the Al-Qassam Brigades in order to do the job that simply won’t be done this way. For now, further escalation has been stopped, with another ceasefire in place that might or might not serve as the foundation for something more sustaibable. So far however, there surely is no reason whatsoever to become overly optimistic in this regard. I will abstain from doing you the favour to put this whole mess into context or even suggest a causal nexus, as all too many people have done so already; that’s business as usual. Looking at the public opinion in Europe in particular, what has always been most striking in view of Israel and Palestine is the odd correlation between ignorance and assertiveness: The less you actually know about the conflict, it appears, the stronger your opinion will be, and the louder you’ll be heard. Sadly, thanks to ineradicable resentment and preoccupation, ignorance is by and large prevalent, which in a better world should lead to the opposite conclusion: if we don’t know, who the fuck are we to judge?

Above all, having an opinion is certainly easier when you don't live in the war zone, or close enough to be an actual target during fighting. Last week, the people of Tel Aviv, one of the most vibrant and culturally rich cities on this planet, received a few reminders that they do, after the first successful bomb attack in years and after Hamas had proven that the city now lies well within the reach of their rockets. In view of that and the media cacophony that we all have been and continue to be confronted with, it's a relief to have someone offering words that are distinctly different from the clichéd opinions that we've read over and over again. Tel Aviv-based artist Zoe Polanski, who has been part of the city's underground music scene for years and who nowadays performs under her solo moniker Bela Tar, has agreed to share some personal impressions on the situation at home during these last days, and what it feels like to be an Israeli artist. Read her thoughts below.

I live in a suburb north east of Tel Aviv. My house is located on a hill across from the Samaria mountain ridge. Some days I can see the mountains crisp and clear from my driveway, other days they are wrapped with heavy fog. They always intrigue me and as time goes by I feel a growing curiosity and attachment to them. Needless to say that I can never actually go there because it is considered to be unsafe. I am sure that the counter position, that of people who reside in Arab towns and villages on the mountains, is very much like my own. We all see a great wide open and yet we are constrained and restricted within it.

I believe that the community of artists and musicians in Tel Aviv may be experiencing an effect that resembles this illusion of space. To us, it usually feels like we are a part of a global happening in terms of culture because Tel Aviv is extremely cosmopolitan in nature, and it is packed with young, up to date individuals who constantly open communication channels with the world. But Tel Aviv is just one small city inside a Middle Eastern country and we are so adjusted to living inside this box that really seems to give us all we need, intellectually speaking, that we often forget --and choose to forget-- where we are. The missiles are just a reminder. But regarding art, I personally don't feel it changes anything. We mastered escapism before and we still do. Pain influences us all the time, because this place is constantly tough, but the enemy is a bogus one. It changes form all the time, usually thanks to a manipulative media force which is flooded with commercial content. I think that struggles to survive are always being made, not only by two different sides but by countless different sides. The politicians with their supposedly aerial perspective are trying to bring order into chaos with different master plans, that aim to change micro through macro. My personal way to deal with the chaos is to focus on the micro and let little things naturally grow and spread. The way I write is the same, no master plans.

Regarding the Palestinians, I guess that I always thought that in order to come together and mix with other people, different from ourselves, we need to form together some product of love such as art, music or well... babies. So giving up a separatist approach is probably a good idea. I love venues and artist communities in Tel Aviv and Jerusalem (Uganda, The Zimmer) that are completely liberal and really open themselves to a variety of performers and audiences.

In short, we may feel solidarity but our life is not changed. Me and everyone I know, we just keep doing what we do under the familiar limitations and misconceptions, and we feel elevated.

After spending her early years in Haifa, Zoe Polanski moved to Tel Aviv where she started playing in numerous bands and projects before starting her solo venture Bela Tar, making guitar-centered dream pop heavily influenced by classic, late-80s shoegaze. Her debut recording Pulsar was released in 2010 via Uganda and is still available via bandcamp. Below, you may listen to Zoe's latest single "Black Mark", which was released about a month ago, and watch the accompanying video, directed by Valentina Dell'Aquila.