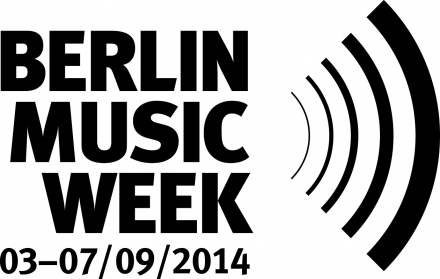 Brace yourself, Berlin Music Week 2014 is upon us! Still not SXSW, but certainly the closest thing Germany has to a relevant music-industry gathering that attempts to be both global in reach and musically all-encompassing in scope. Mind you: This is a Berlin-based website so we choose to ignore Reeperbahn Festival which otherwise probably would like to have a say in this as well. Apologies, Hamburg. If you manage to sift through all the presumtuously enthusiastic press blurbs you will come to realise that the event has once again gained focus and coherence in relation to both the 'music' and the 'talk' components, which should be acknowledged and lauded. The official press release, to be honest, still remains bulky and somewhat embarrassing in its overstated reliance on Berlin as the place to be, not least as after all is said and done, there's no denying that the German capital is still not the guiding light for contemporary pop music, and will most likely never surpass or even approximate London or New York in that sense. At the end of the day, and despite the standing of techno in general or instutions such as Berghain in particular, the city's attitude remains firmly parochial. Of course, the organisers are having none of it. Nor should they, we assume: "Creativity, innovation, originality and authenticity: This is Berlin. The city’s ubiquitous mix of music and technology, festivals and club events is a big part of the driving force behind it all. Berlin Music Week offers a world stage for all these areas with its two core parts: the WORD! conference for business and SOUND! for live events."

So there you go. And why not? As long as people from all across the world keep thinking that it is here and now where the real stuff is happening, maybe we can turn it into a self-fulfilling prophecy and then enjoy it while it lasts. Don't get me wrong: There's still plenty to see and do during those forthcoming September days. The conference prgram looks mostly well-considered, and especially the music section "First We Take Berlin" (FWTB) with its concept of compartmentalized curation and despite its questionable name for sure has a promising future, and should be fun indeed. If we say music section, we shall however spare Berlin Music Week's purported capstone event Berlin Festival, an occurence which in the past years presented itself in such an uninspired manner that it made the impression of being no more than a vapid leftover meal for all those souls who couldn't make it to Melt Festival in July. The change of location from the scenic yet manifestly inept Tempelhof Airport (talking about the sound here, duh) to Arena on the opposite, more hipster-friendly end of Kreuzberg will probably help to reconnect Berlin Festival with the rest of the week's happenings, so we might even have reason to be optimistic about this part as well. For now however, we will not mention it any further, mostly because their promo videos still make us cringe (Sorry, Conny). Instead, below you'll find our selection of the most interesting nights of FWTB, plus some words on WORD! for added credibility.

One more thing, is that David Guetta in the video? Seriously?

Let's get this straight – "First We Take Berlin" sure is a fun two days of music with quite a few interesting artists definitely worth your time and money, but for me it remains unclear what it is exactly that should or will be taken after the musicians are done taking Berlin. Germany? That would seem odd for a music business event that strives to be globally significant, right? Europe? Perhaps, but why have not one but two showcases related to music from Scandinavia then, with artists that are likely already better known up there? The world? That's probably the organisers' intention after all. However, considering last year's line-up, a lot of the performing acts looked already an awful lot familiar to, say, Pitchfork's international target audience. But maybe we're too harsh here, arguing too much from a semi-arrogant music blogger position who thinks they're in the know by default. So let's have an unbiased look at the program for a change; this is cherry-picking of course, so if you want to have a more all-encompassing overview, be sure to check out FWTB's website here.

The forward-thinking electronic music festival's newest project Berlin Current has been around for almost a year now, and after a successful and compelling first round, it is set to launch its second season with a showcase during FWTB at Urban Spree on Friday, September 5. We've written about the initiative a few times before, and this is probably a good opportunity to mention that this time around, No Fear Of Pop will be one of Berlin Current's official media partners (full disclosure now, full details soon), but here's another quick summary: the project attempts to tap into the undercurrents of Berlin's contemporary pop music scene, looking for the more outré, future-oriented sounds that try to look beyond the beaten path. Broadly speaking, it's the music NFOP covers most of the time as well, which is why we think this collaborative venture is oh so fitting. Accordingly, the artists presented on September 5 hardly need to be further introduced to our readers, as almost all of them have made repeated appearances on our pages before: Lief Hall, Moon Wheel, Ketev, and Phoebe Kiddo are gonna perform live, followed by DJ sets by Opium Hum and the city's most exciting and exceptional turntable darling Sarah Farina.

We had Berlin via Canada artist Lief Hall on our Berlin Community Radio show in April, where she performed three songs from her most recent (and so far unreleased) material live. Stream the whole show below.

Oh, Scandinavia. Where would we be without your music? Silly question, but that aside Berlin should be happy to have the women at Nordic By Nature who tirelessly scour the nordic countries' inexhaustible source for fresh, mildly adventurous, and always ridiculously talented upcoming musicians. Last year's first edition of their cooperation with the city's finest boutique vodka distillery Our/Berlin was a total success, so it was without doubt a clever decision by the organisers of Berlin Music Week to endorse the off-BMW event and turn it into an official part of FWTB. For 2014, the three-day showcase has again found a home right next to Arena at Oberhafenkantine, where the grass is green and the water is close by, the right combination for anyone looking for a lush afternoon out in the sun (because summer is coming back, we hope). The NBN folks have put together an ample and diverse program of better and lesser known Scandinavian artists, making sure that there should be something for everyone. Plus there's gonna be coffee, Korean specialties, more treats, and oh – yes, also vodka. Check out the schedule below.

Berlin Current and Our/Berlin Music Week are the two showcase events during FWTB that we would warmly recommend in their entirety not only due to personal affiliation but mostly because of their compelling conceptualisation. However, of course there are more artists to see elsewhere, as there are more stages and curated nights that look intriguing, so here's a short, completely arbitrary selection. The Hotflush thing at Ipse featuring L.I.E.S.' Florian Kupfer will certainly not disappoint, as well as the performances by Emika, M.A.N.D.Y., Star Slinger, Tweens, and Ballet School. The fact that Kindness is coming to town is of course particularly exciting and should not be missed under any circumstances. Also, we're sure that the line-up features some truly hidden gems that we're simply not aware of, so just try to get to see as much music as possible and everything should be fine for future boasting. So far we found ourselves unable to find a comprehensive schedule for the whole festival, so make sure to keep checking their website ahead of September 4.

As promised, to finish off a few words on Berlin Music Week's more uptight conference program. It's more for you professionally inclined of course and probably not really interesting for most, but allow us to mention that the panel "When Teenage Music Fans Are Your Audience" sounds so menacing that there's absolutely no way that we're gonna miss out on that one, although we dearly hope that it will never happen to us personally. Jokes aside, there's a lot going on that's concerned with the future of the music industry (streaming! copyright! Youtube!) which as usual sounds a bit alarmist and also just like the program of any music-related conference of the past five years, but then again, that's certainly simply the sign of the times and thus ultimately inevitable if you want to be taken seriously. We'll inform you immediately in case someone manages to solve the riddle of how to survive in the music industry today during the conference. Promise. And one last thing, our friend and chief musicologist visionary Adam Harper will be present to talk about "Indie Goes Hi-Tech: The End of Analogue Warmth and Cosy Nostalgia" on Friday, September 5 at 3.15pm, a topic that should sound familiar to anyone following his (highly recommended!) columns on Fader and elsewhere. If there's only one thing you can attend during the conference, consider this one.