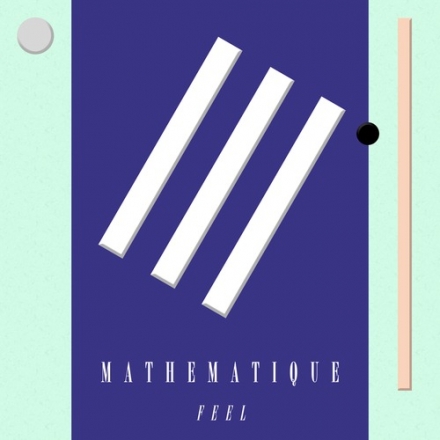 Montreal's Mathematique (also known as Pascale Mercier), a friend of Antoine93 and Karneef (whose "Swimming" video we premiered last week), has made an EP full of pageantry. Feel calls to mind a lithe and angeilc Nguzunguzu such as on first track "RL Touche" (which I imagine means "Real Life Touch"), which sounds like it was recorded underwater in Atlantis. Any song on the EP would not sound out of place on one of the duo's "Perfect Lullaby" releases. Chimes (and the harps Nguzunguzu love so much) seem to pierce through the whole EP. Its most vivacious song comes in the form of "Summer, But I Don't Know" which features lyrics about love in technological terms: "It's like a new progam/That only you can access" and "I'm so excited/I just got your email." The music is straight from the school of Depeche Mode and is in conversation with the output of Montreal's Mozart's Sister and Sweden's Niki & The Dove. The songs by these artists have one key thing in common: a rousing sweep as if they are speed skating by us, knocking us into a gusty frenzy. And the remixes are good too with Louise Roam making it sound like someone is playing a pair of hoop earrings on her "Summer, But I Don't Know" remix and Plurabelle fettering "Yawun" to make it sound like a Banks song or Teengirl Fantasy and Kelela's "EFX."  Anywave took care of the mastering and man of the hour, Karneef, was the mixer and producer.

Feel is out now on Stellar Kinematics. You can find it here. Someone get Mathematique on a track with Little Jinder!