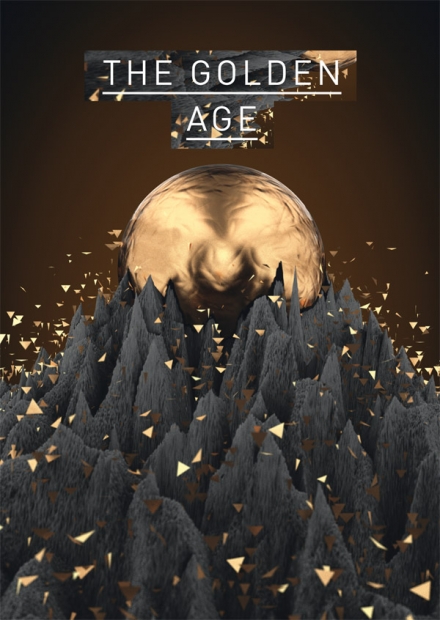 CTM and Diversity: An Unprovoked Rejoinder

However, one cannot talk about this year’s CTM without mentioning the distinct lack of female artists. Over the course of the whole week, I saw only three women performing, and though for sure there were female artists I wasn't able to see even including those, I’d be surprised if it reached double figures. Of course some might argue that this is a problem of the experimental music culture at large and that the blame shouldn't be put on organisers (Considering that just about everybody’s label of 2012, Berlin-based PAN, has had only two women on its 40-strong roster, both as a part of a male-female duo, lends some weight to this point of view). But due to the theme of the festival you would think they’d have done a better job. The same can be said of other aspects of diversity; and for a festival aiming to be ‘full of contrasts’, rather disappointingly it was composed mainly of white males in their 20s and 30s coming from Western Europe or North America.

After some back and forth with both Warren and Jan Rohlf, CTM Festival’s main curator (before someone feels inclined to point out the obvious irony: yes, male white dudes in their 20s and 30s from Western Europe discussing the topic), I eventually decided to remove the paragraph during the editing process. Not because I believe the assertions to be incorrect or not justified. In fact, most readers will be aware that the observations are in themselves not exactly new. Shortly after the end of the festival, Berlin’s BarbNerdy sparked some discussion and indeed some outrage with a post on her blog that initially counted only one performing female artist during CTM, before eventually settling the figure at six. Despite that uncertainty, the DJ/writer’s rage was voiced in unambiguous terms. "We have 2013 and you really make us to bring up the mad discussion about ‘do we need a quota?’ again. I’m against it. (…) But If you do not start digging deeper and check out the fantastic female musicians out there (…) [then] we need a quota just to gain more attention." The intervention was backed up with some bare facts by the website female:pressure, a self-described ‘international database and support network of women in the fields of electronic music and digital arts’. Numerically assessing various global festivals of recent date, female:pressure came up for CTM with a total of 18 female and seven mixed artists/projects. At the same time, 153 male musicians performed at the festival, alongside three of ‘unknown’, or probably rather undetermined, gender. A perplexing figure indeed.

So what about Warren’s assessment then? When confronted with his critique, Jan Rohlf, while admitting that it "surely would have been good to have more female musicians" at the festival, pointed not only to common organisational restraints – such as past bookings, other Berlin bookers’ recent activity, theme, current productions, financial capabilities, availability of artists, conception of individual programme items – and CTM’s more favourable record in this regard, with past editions of the festival itself but also considering the organisation’s numerous other activities over the course of a year. He also compared the Berlin festival’s lineup with that of other thematically similar events, in particular last October’s edition of Krakow’s Unsound Festival, which by his own account did not feature a higher proportion of female artists. This impression is in fact supported by female:pressure’s findings. While CTM ‘at least’ exhibits a ratio of 16.3 percent female musicians, Unsound hits at a mere 12.6. The conceptually akin Mutek Espagne and Mutek Montreal come in at 8.3 and 17.9, respectively.

However, insisting on the latter clarification, what Jan Rohlf stressed first and foremost was the overall situation of society, emphasizing the point already conceded by Warren as well: there simply are fewer female electronic musicians than male, which necessarily leads to a lower presence of women performing at electronic music festivals. And for sure, at first glance it appears difficult to escape the argument’s validity. Asked about her opinion, UK-based journalist Steph Kretowicz, whose own apt take on the festival week can still be found over at Dummy, concurred. "I think the problem of representing women in electronic music is much more complicated than placing an onus on a festival organiser to fill some kind of ‘quota’. The fact is, there are fewer women working within the electronic arts. In the same way that there are fewer women journalists and fewer women construction workers – it’s simply a reflection of the systems of society at large. This is an issue, not only of opportunity but of conditioning. We still exist in an extremely gendered, patriarchal society and those people, defined as women, are not encouraged to excel in traditionally masculine fields. That's not to mention issues of ‘raced’ artforms, which I think is also crucial for analysis. As Holly Herndon said, when asked about being one of few women appearing to take part in artist talks at CTM, ‘it’s not just not women’." And it surely isn’t just festivals: Looking at this very website, I would be surprised if an actual numerical evaluation would not bring to light figures somewhere close to female:pressure’s findings, despite the fact that both our favourite album of 2012 and our favourite track had been produced by female electronic artists. Artists, by the way, who were both present at CTM, a fact that’s somewhat telling I suppose.

Strikingly, in his response Jan Rohlf pointed to an essay by pansexual/transgender artist Terre Thaemlitz aka DJ Sprinkles entitled "Statement of Purpose. Identifying Social Content in Japanese Electronic Music", included in the anthology Gendertronics. Der Körper in der elektronischen Musik [The Body in Electronic Music, ed.], edited by club transmediale and published by Suhrkamp in 2004. Thaemlitz basically arrives at the same conclusion, while furthermore asserting that "[o]ne of the keys to developing and spreading practices on a wide-scale basis is wide-scale necessity. But frankly speaking, the fundamental assumption that there is a necessity for more (white?) women producers of electronic music (not to mention transgendered producers) imbues electronic music with a degree of cultural importance that (…) I ultimately find lacking". Eventually, she even "dare[s] to suggest there are some cultural spheres in which ‘equal representation’ will never exist on a material level".

So is that it? No doubt – I do agree that curators of contemporary music festivals are not the first ones to blame when it comes to the blatant lack of woman artists present at those occasions, which is why both Warren’s initial review and BarbNerdy’s piece might come across as slightly unfair to those directly involved in the organisation of a festival as complex and challenging as CTM. And I also don’t really believe in any sort of actual conspiracy to preserve male dominance at the event, as suggested by BarbNerdy. If anything, what the festival revealed last month was the need for a discussion that’s still to be started. Still, I also wonder if it is that simple the other way round, too.

However, I’m not so sure if I can agree that we should accept that ‘culture’ might simply not ‘need’ more non-male electronic musicians, as Thaemlitz bluntly asserts. That would essentially entail asking already active woman producers to basically accept the fact that they probably will continue to not be booked in the future. Quite the contrary, I wonder why we don’t assume the possibility that festival booking could actually make a crucial difference insofar as an increase of female artists at such much-noticed public events may set an example that could in itself encourage more women to get into electronic music, or to put their stuff out there, or getting more labels to sign them. Why not, instead of relying on a bottom up conjecture and just continue with the assumption that once there are ‘enough’ women in electronic music, booking will follow suit automatically, why not just as well suggest that what we should establish in fact is the exact opposite. After all, it is not really ‘the women’ – or, rather, the whole non-western white male part of the population – who somehow need to step up and ‘emancipate’. If the ideas of enlightenment ever meant anything, it surely is that society at large that is in urgent need of progression. And when it comes to avant-garde pop culture, I wonder if music festivals couldn’t play a much more significant role in attempting to achieve that than they seem ready to admit.

For now, I’m unsure if the talk about quotas will lead anywhere ultimately; so I’m not willing to advocate them here and now. But if the real issue is a question of conditioning, as Steph suggests, why not start conditioning society by means of progressive booking and journalistic coverage? In other words, where should that necessary and anticipated change come from if not through those who write about electronic music or organise music festivals? If perceived correctly, forward-thinking curatorship in whatever field shouldn’t be the conclusion of socio-cultural shift, but stand firmly at its outset. It’s not called avant-garde for nothing. So for what it’s worth, maybe we should just all try a little harder next time – because it seems to me that The Golden Age is still a long way off.