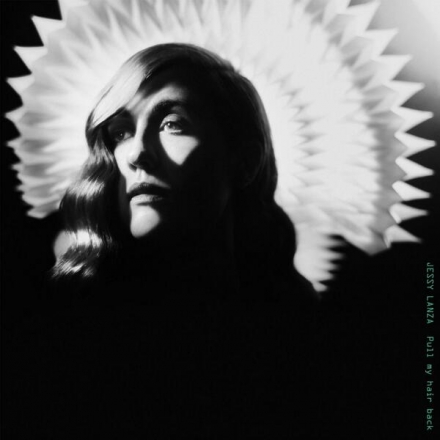 Jessy Lanza kicked off her first European tour last week at Berlin's Berghain Kantine. I had the opportunity to speak with her about numerous topics, including the endearing and well-known fact that she is a music teacher on the side of being a producer. When I told her I wanted to learn some of her thoughts concerning women in electronic music, she enthusiastically complied but warned me that she dislikes how she has to come across as fussy or bitchy in order to gain recognition where it is absolutely due. That's where the topic opens up: why shouldn't the issue aggravate producers who are limited in recognition by their gender? The following article is another contribution to No Fear of Pop's discussion on women producers, their under-representation, and a suggestion for steps toward finding antidote, informed by the talented Jessy Lanza.

When Henning asked me to write the review for Pull My Hair Back in August, I found myself imagining the album as instrumental. I always thought that the composition was very unique, full of some kind of comforting space between big R'n'B beats and references, which I hadn't encountered in music for years. The review concluded with the proposition that, while Jessy's voice is indeed one highly enjoyable narrative element, we should treat the work like an already excellent production with a beautiful voice on top as a special treat. Plus I was of course thinking about the issue with labeling women as singers and not producers.

Chart Attack's recent interview with Jessy complies with this theorem in stating at the outset that, “Hamilton's breakout electronic star would like you to know she's a producer first.” Better yet, Jordan Darville, the interviewer, asks that Jessy explain in her own words her adversity to being labeled a songstress:

There have been certain articles that have left me out in terms of production, like completely. And obviously that’s pretty annoying to me, when it’s been pretty explicitly stated in press releases that I’m not just a singer. I produced the album as well. But I think that’s just a reflection of the general popular scene being really sexist. It’s not something I spend all day fuming about because I understand that the record’s under my name and Jeremy’s an already established producer. It sucks that people always fall to the natural assumption that the guy does this and I do that, but I think that as time goes on and I put out more music I don’t think it’ll matter anymore. But yeah, it sucks when you read something and it says “songstress,” I hate that word. I don’t consider myself a vocalist.

Most interviews and reviews have been not an inch short of praising Jessy and her debut album, recommending it to a wide audience, and celebrating the emergence of a musician with an enjoyably nostalgic take on R'n'B; alas, it should again be reinforced that these reviews are often short of commending Jessy's production, talking sometimes instead about the lyrics' overt sexuality or a reputed producer's collaborative presence, omitting clarification that she's a producer before a singer.

Here's what Jessy had to add to this overshadowing when we met:

The project with Jeremy is a collaboration and I understand that maybe people would get confused about who does what based on the fact that he has been doing music in Junior Boys for ten years. It's always the underlying assumption: why is it that automatically just because I'm a girl and he's a guy and we're working on something together it defaults to that, and that's what pisses me off. I read stuff on Twitter where people are like, “This song's awesome! Jeremy Greenspan from Junior Boys produced it – it's great,” I'm like “Oh fuck you I produced it too!” [laughter]. I hate how that's the natural assumption.

I also hate how if I want to get my point across that I had a role in this, I have to be so hardline ... if I was a guy and working with Jeremy, then nobody would ask these questions like, “So what did you, and what does he do?” and I have to make a check list of, “Yeah he did the closed hats and I did the fucking open ones.” That would never be a question for a band that was two guys, but when it's a girl and a guy there has to be this delineation between the work. It gets annoying when you get asked to specify what you've done in this collaboration, where I feel like if it was two guys the question just wouldn't come up. It can't just be a girl and a guy working together? Why can't I just say that and have people understand that it's a mutual project. That's what pisses me off.

These misteps and "natural assumptions" do indeed reflect sexism and negligence in spheres far behind electronic music. But the big question is: who is perpetuating this myth of production hierarchy?

Natasha Kmeto's recent submission, which is also a response to our discussion of the lack of female artists at festivals in hubs as big as Seattle and Berlin, confirms the contemporary criticisms about treatment of female producers vs. male producers – just “producers” – vs. female singers. She asserts that women in electronic music are experiencing “under-representation,” that no real fruitfulness comes from pointing fingers when dealing with gender issues which expand far behind the microcosm of electronic music, and that, staying local, the discussion needs to be left open and engaged with:

I just think that the dialog about women and what women generally do and don't do needs to change, or even be had in the first place. Same goes for men. It's imperative ... It makes me endlessly happy to see these things being discussed because I believe that all conversations around this are a microcosm of women's experience in almost any industry. It also opens up the gates to a much needed discussion about gender roles and about women and technology in particular.

Jessy's take lies usefully congruent to Kmeto's and, in combination, the discussion is furthered to construct why the women in electronic music – henceforth playfully shortened to “girls in techno” – discussion falls into lulls and is defended against rather for. There is an obstacle at the core of this behavior which is that no one wants to hear a producer demand recognition where it's due, and people don't want an angry woman on their hands.

Is it not ok to get upset or proactive where it's due? Wouldn't an up-and-coming male producer demand credit for the guitar part he played on a friend's album in the event that his name is left out of the album sleeve? Would women be annoyed by his claim to fame?

Is gender disproportion present due to the technology being genderized, the male and female audio cables, color-coded pitch ranges, the higher, the brighter, the lower, the bro-er?

Perhaps making who produced who and what clearer, delicately, without the marginalizing indicator “female producer,” is one of the next steps to take, although it is conversely empowering to stand out as female. Taking charge in this way could boil down to individual awareness of assumption, catching ourselves quietly before stating things, thinking to check the facts first, or overall avoid speaking in a grandiose style - be more sensitive and sensible. An alternative antidote could reside in education, specifically a free type like what Jessy and other producers, such as Christina Sealey (the modular half of Orphx), in Hamilton, Ontario have established. In the Loop is a freshmen workshop for girls aged fourteen to eighteen, advocating the spread of girls doing techno. It demystifies electronic production for young women and, in a way, places electronics back into the hands of its perhaps rightful owners (in recollection to Daphne Oram and Delia Derbyshire, whom Sealey definitely replicates as she dances wearing a vintage-looking dress turning the oscillator, next to her bandmate Richard Oddie).

We got Ableton and Korg to give us a bunch of monotrons, we rented a bunch of shitty laptops, and got some shitty soundcards, and taught them the basics how to set up an interface ... Christi got a nice grant from the government and we got about twenty girls enrolled in it. The end project was us putting together clips from the movie Carnival of Souls and had the girls do a soundtrack for it. It's amazing what they came up with, and how they responded to the software. We helped them a bit, but I didn't want to get too in their face. I'd be like "Hey, do you need some help?" and they'd be like "Uh... fuck off."

Working for a rather extraordinary cause, Jessy seems to have found a way to combine both music teaching and electronic production. It also advocates girls in techno without the risk of coming across angry or pissed off. It is instead a proactive and communal antidote against gender disporprotion and under-representation. Interestingly, Jessy's description of coaching young female producers reflects on a defensiveness when it comes to girls using technology with their "leave me alone" reaction to her pedagogically checking in on their progress with the software.

In conclusion, the general unwillingness to listen to an unaccredited artist become slightly pushy in her limited recognition is cultivated by irresponsible attitudes toward women. It is what keeps mouths closed, what continues to push this disucssion into lulls of silence as it creates an acute fear of coming across as problematic or inconvenient for bringing it up. However, an effective antidote against such attitude can be implanted in education and advocacy; Hamilton's In the Loop workshop more than likely will sustain and re-manifest itself in various ways, this article's praise being one. As for now, before we arrive again to the future, let's keep the discussion going further, and be articulate, inarticulate, angry and subtle as we need.

Jessy Lanza's Pull My Hair Back is out now on Hyperdub. You can catch Jessy in Europe or the UK during her current tour, or stateside next year.