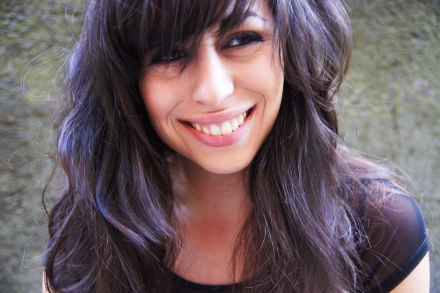 Women and Electronic Music: A Guest Post by Natasha Kmeto

When in the aftermath of the 2013 edition of CTM Festival last February, in and beyond Berlin more and more writers and artists became vocal about the glaring disproportion female and male electronic producers and DJs booked for and present at such festivals and events, we wrote that "f anything, what the festival revealed last month was the need for a discussion that’s still to be started". In that sense, we might cautiously suggest that 2013 has been a relatively good year, as at least it can now be contended that the discourse about gender issues that the (electronic) music industry should be concerned with – just like any other subsection of society – is now firmly established. Some manifestations of this discourse turned out rather underwhelming, such as the panel at the Berlin Music Days a few weeks ago, which never managed to reach beyond stale and shallow clichés while appeasing masculine compacency (barring Rosa Reitsamer's persuasive opening lecture), while others should be considered a step into the right direction, such as Electric Indigo's work with female:pressure, which mainly thanks to the discussions following CTM Festival is finally receiving the right amount of attention, or Berlin's Perspectives Festival in September – the latter also mainly initiated by female:pressure. Along those lines, this site has made an attempt to not only follow the unfolding discourse but to become part of it, mostly through the writings of our esteemed Montana-based author Evelyn Malinowski, who observed and pointed out that being a woman with a synthesiser or a drum machine is still regarded as an anomaly at places as different as her hometown Missoula and major West Coast hub Seattle. After reading Evelyn's piece about the blatant lack of female producers performing at this year's Decibel Festival in Seattle, Portland-based artist Natasha Kmeto, whose excellent LP Crisis we briefly covered back in May and who performed during said festival, asked us if she could write down and share her own perspective on the topic. Read her thoughts after the break. (ed.)

When I describe my music to people, 'female' is hardly the first word I would use. And yet, when described, written about or discussed, my sex is one of the first things used or at least always mentioned. I suppose it's easy to understand why: electronic music, and in particular electronic production and writing, is a male-dominated field. Clarification around the fact that I both sing for and produce all of my music is constantly needed. I guess this is because, generally speaking, women in this genre are singers exclusively. Frustrating to say the least. I will cherish the day that there aren't any genders attached to 'top ten DJ' lists or that my skills and talents aren't immediately underestimated or dismissed. However, before you start thinking that this is an article burgeoning on the verge of an angry, feminist rant, let me just say that what I want to write about has more to do with generalizations, suppositions and the subtlety of individuation than anything else.

What with more people becoming exposed and involved with electronic music these days, many discussions about women in the industry are cropping up. They mostly center around the lack of women in the field, their under-representation in all aspects and the few brave souls that dare touch a laptop or midi controller despite the odds. It makes me endlessly happy to see these things being discussed because I believe that all conversations around this are a microcosm of women's experience in almost any industry. It also opens up the gates to a much needed discussion about gender roles and about women and technology in particular.

More so than this being a man vs. women thing, I think it's more of a battle on generalization, assumption and the roles we are raised with and bombarded with through media. In brainstorming my live show initially, I knew I couldn't have a man on stage with me else the majority of people think he produced and wrote my music. In speaking to a good friend and fellow solo producer/singer who toured with a band, she relayed to me that on tour, sound engineers and promoters would defer to her guitarist for technical details instead of her, the band leader. She performs solo now. Despite this being highly limiting and sometime infuriating, I hardly think that every person that has assumed that I don't produce my own music or assumed my friend didn't know a XLR cable from a 1/4" is a sexist. I just think that the dialog about women and what women generally do and don't do needs to change, or even be had in the first place. Same goes for men. It's imperative.

This could open a whole can of worms about oppression, women's and men's roles in family, etc. I'm not up to or qualified to delve deep into the depths of politics, religion and philosophy, but I can relay how I'd like to try and make a difference. Those of us with 'androgyny' in our vocational desires within the 'normal' social confines must fight the good fight and change things up by merely existing, owning it and trying to be really fucking good at what we do. Be the exceptional exception, break the mold, try not to get too pissed.

Humans are programmed to differentiate, delineate and divide things in our minds to make sense of the world. We like categories, yet the suppositions that we use to categorize can become too broad, and oftentimes the things that make us unique and individual get ostracized, forgotten or marginalized. The danger of using something as broad as gender and the coarsely crafted roles we use to differentiate is expressed most eloquently in issues such as this.

I hope that some day, female producers won't be mentioned as 'female' producers, but rather just 'producers'. I hope that no one ever tells a female DJ that they are their favorite 'female' DJ but rather, just their favorite DJ. To be viewed as a person, an individual, and not immediately thrown into a role based solely on one's sex organs would be a transcendent sensation indeed. By starting the conversation and continuing it, we can hopefully flip the script and make a woman behind a laptop, DJ decks or a synth less of a rarity. Until then, may the force be with you my fellow 'female' producers.

Natasha Kmeto's LP Crisis is out on Portland's Dropping Gems. Stream it in full below and get it over here.